Unbearable to be unwearable

Wearables are all the rage right now. We've got Google goggles that let you read text messages with your eyes without moving your head, and smartwatches that mean you can find out if you've got an email before you even look at your phone.

These are truly amazing developments, and they mean that gaming is set to change. You might be able to press a button on a watch to make a bird do a jump on your phone, or whisper something into your glasses to make another bird do a different jump on the same phone. Wow.

But why stop at wrists and the small part of your face where your eyes are? There's so much more we could do with wearables if we used our imagination and refused to be kow-towed by social pressures.

That's what this list is for. It's a call to arms, legs, torsos, feet, nails, and all the other lumpy bits that make up the human creature.

If you're going to wear it, then wear it all, wear it with pride, and make sure you let everyone know which part of your body you're wearing it on. 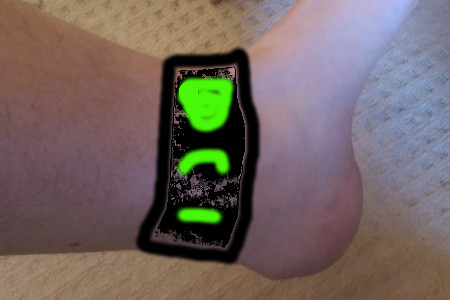 If you're like me then you like to do a power cross when you're sat down, thrusting one leg over the other to show that you mean business.

That means one of your ankles is going to be quite close to your eyes. But modern convention means there's nothing there for you to look at. What if you get a phone call? What if you want to play Angry Birds? Can your socks do that?

Anklets will be the next big step in wearables. They'll basically be the same as watches, but slightly larger so they can go round ankles, because ankles are generally bigger than wrists. 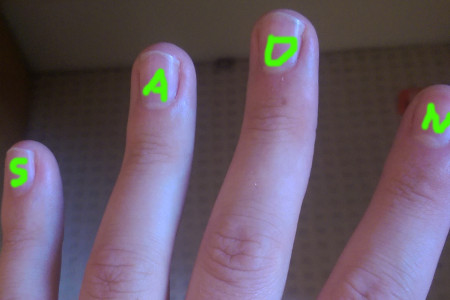 We already paint stuff on our fingernails, like leopard print and the colour red, and we already stick on fake nails to make our nails look bigger than the real nails underneath. Why not smart nails? Why not? Why not?

Each separate nail could give a different notification. And you could play flicky games without even needing a screen because you'd actually be flicking things. With your actual fingers.

You could even receive ten-letter messages. Like howareyou? or sendhelpok. Someone should invent these quick or I will and make loads of money. 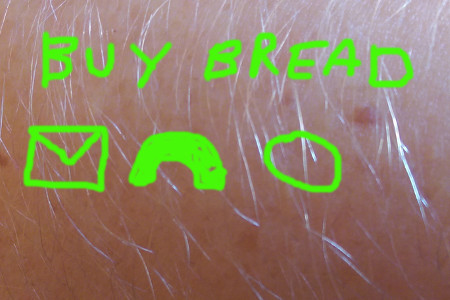 Look how much skin you've got. It's all over. What a disgusting waste of space. But what if we injected some smart technology into it so we could check text messages on our thighs?

Or maybe play a game of Cut the Rope across our chests? Or I don't know, put something in our eyelids so we could wake up when we wanted to.

It's not really wearing, so much as sub-dermal implants, but I don't care. I'm looking to the future. You're either with me or you're in my way.

The inside of your bottom lip, but in reverse 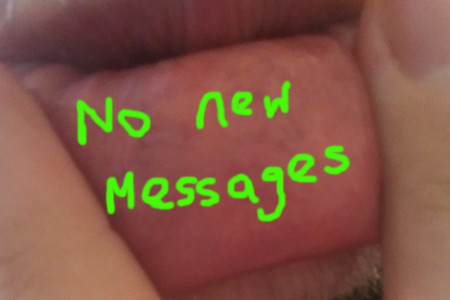 Unless you can pull your whole bottom lip far enough out so you can see it, this one will have to be reversed. Like a lip piercing that holds a screen in place near your teeth.

You could check it in the morning in the mirror when you wake up to see if anyone has commented on that hilarious Facebook post about your cat or your lunch. No one has? Don't worry, you'll be okay.

Games-wise you could flick at the screen with your tongue to turn it into a controller. Or say things into it with your voice, which is quite near your lips. 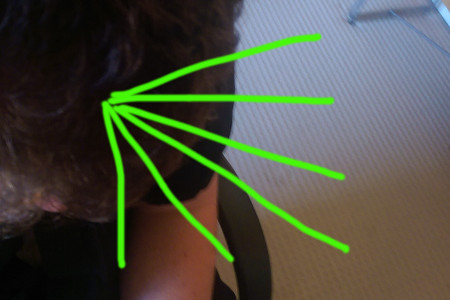 Smart hair extensions are the obvious next step and I'm surprised no one else is complaining that they don't exist yet. Pull your finger out Samsung, jeez.

Each strand could be a single fibre optic thread. When you want to read an email just bundle them together so you can read it. You could make things 3D with multiple bunches. I think that's how 3D works.

And as a plus you could whip people quite badly when you're doing hair-advert impressions. Win win. Win? Win. 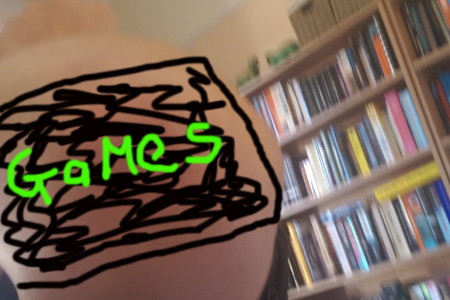 What do you use your elbows and knees for? Nothing, that's what. They're just joints and then you get old and they hurt.

Why not strap a series of screens to them, that way you can make them useful and possibly fend off crippling pains in the process.

You could ball up and make yourself into a big screen for your friends. The future of wearables is all about personal sacrifice and selflessness. Be the screen you were born to be. 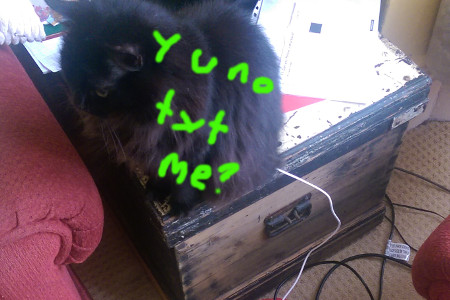 Not just cats. All pets. Strap a wearable to them and then when you get a phone call instead of putting a harsh lump of plastic on your face you'll get a nice furry friend.

If your dog or hamster or fish gets lost you'll be able to track it down and envelope it in your love once more.

Games of fetch could become GPS-tagged leaderboard battles to see whose animal could fetch the furthest. "Oh, your Dog fetched from 200 metres? Well my Golden Eagle fetched from eight miles".

It doesn't have to be you wearing the wearables, but someone has to because they're the future. Maybe put a screen on your jumper next time you go out just in case anyone sees you and thinks that you're not wearing any wearables.