How to buy birds, use the hammer, and unlock a secret mini-game

I have run out of unique ways to talk about Angry Birds.

I've come this far, and always managed to come up with interesting ways to introduce the latest game. But readers, I am beat.

Welcome to Angry Birds Stella. A game about birds and pigs. And murder and destruction and waiting for five hours for some smoke to clear. This guide will help you boost your porcine kill count even further.

Don't worry. No one reads this bit anyway.

Like sending an email and naming all the members of One Direction, playing Angry Birds is a universal skill that everyone on earth shares. But in case you just returned from a year-long round trip to Mars, here's how to play.

In each level, you fire birds from a slingshot in the hope of hitting and popping all the pigs. You want to hit the weak points in their crappy shanty towns to make them all apart.

Scoring is based on how many damage and destruction you caused in the level, and how few birds (or pigs) you had to expend to finish the stage. Getting a good score, and three star, means mixing carnage with precision.

You will be given a flock of birds to use in each level. Each bird is a different beast, and has its own powers so see our bird guide below for more details. See the top tips section for info on how to use more birds in each level.

At certain points along the way you will face a cloud of purple smoke. You can wait, or pay coins to clear the smoke and continue playing.

Angry Birds Stella has an all-new, predominately female cast of birds. Here's how to unlock them, and use their superpowers. 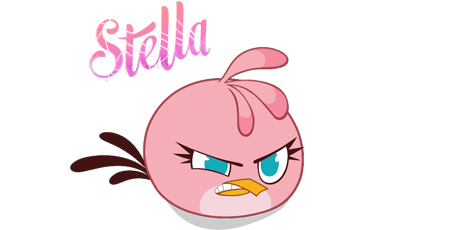 Stella has the superpower 'Pink Flash'. Tap and hold the screen when Stella is in mid-air to see a trajectory line. Move your finger to change the angle and then let go. Stella will fire along this line, and bounce off the first hard object she hits. 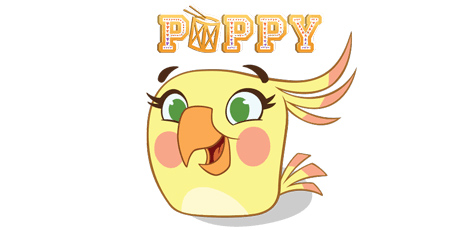 Poppy is unlocked after level 12 and her superpower, 'Tornado Dive', turns her into a deadly typhoon. Just tap and hold the screen to see a line pointing down. When you let go, Poppy will drill down and destroy anything in her path. 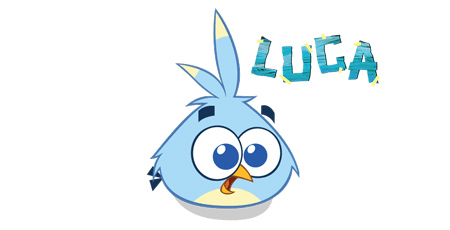 Luca, the only boy in the flock, joins the party after level 23. His power is a 'Soundwave Shock' which shatters glass. You have to aim this attack, and while the soundwave travels through wood it is stopped by stone. 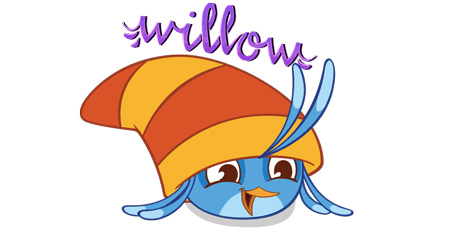 Willow has a hat. Good for you, Willow. She appears in level 34 and her superpower, 'Vortex Spin', turns her into a crazy saw that cuts through wood and glass. She's hard to get used to, though, because her trajectory changes with each cut. 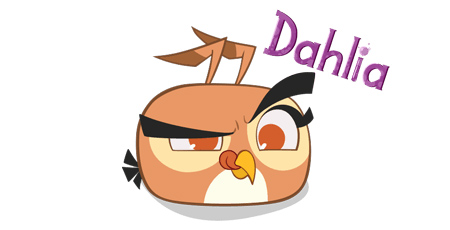 Dahlia is a science-obsessed chick who joins the flock in level 47, and her 'Science-Fu' power allows her to teleport in the direction she's headed. Like all the other birds, you activate and tweak her power by tapping and holding on the screen.

When you start a new level, some birds will be incased in bubbles and you can only unlock them if you have a certain number of stars in your collection. If you don't have enough, go back and get more stars in previous stages.

After level 13 you'll unlock a hammer power-up, which lets you unleash massive amounts of damage on a small section of the level. This is recharged by popping pigs, but you can use it immediately if you pay with coins or watch a video ad.

When you get the photo album, you can add one extra bird of your choosing to the battle. Or you can use a Telepod, which are toys that you can "scan" into the game.

The photo album also allows you to change the look of each bird. You unlock new photos by earning stars. Then just tap on the photograph to alter that bird's costume in the rest of the game.

These videos will show you how to get 3 stars on every level in Angry Birds Stella, while using the default flock of birds. Copy the moves in each video to finish the level and get top marks.

Chapter One - Branch Out

Angry Birds Stella features a cute hidden mini-game. To find it, first press the settings button which is found on the map screen.

This screen will pop up. Hit the 'i' button to see the credits.

Now you can play this silly mini-game. Simply move the trampoline left and right to save the falling Piggies.