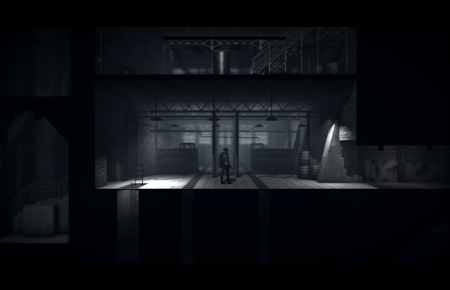 Upcoming iOS game Calvino Noir has all the hallmarks of classic film noir. It's got the striking monochrome look, the long shadows, and more fedoras than a Brony convention.

But it's not about solving a grizzly murder or trying to knock-off some femme fatale's hubby. Instead, you're a thief and you're on a heist.

Getting about unseen requires concealment, stealth, and distraction. While you can use your side arm to dispatch a nuisance guard, letting off bullets will alert more enemies to your presence, and make them more vigilant.

Heists are rarely done solo, so in some stages you'll control a whole team of crooks. And, by using a clever time-shifting mechanic, you can cooperate with yourself to outsmart guards and solve puzzles. 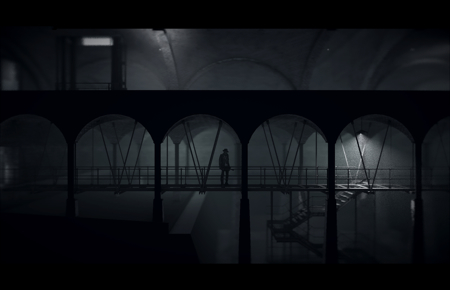 The idea is to record one team member's movements, and then rewind time. Now, you can control another crook while the first thief plays out their recorded actions.

"A player may have to distract a guard in one place so another player can sneak through," explains designer Dan Walters. "In a more complex scenario, the player may need to tackle several guards at once so that no guard has the chance to trigger an alarm."

Most puzzles will have multiple solutions, says Walters. It's all about toying with the different guards, iterating on your plans, and figuring out the optimum solution. 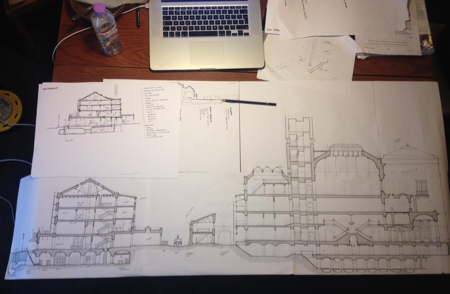 Walters last made the "strange and intriguing" Morphopolis, at Micro Macro Games. For Calvino Noir, he called on Ceri Williams, an fellow architecture student from university, to bring a keen eye for building design to the game.

The result is locations that feel like real buildings, rather than dreamt up video game play sets. And some gorgeous, intricate screenshots that look like cross section drawings and building blueprints.

That's mixed with the distinct film noir aesthetic. Walters says "there is a drama and theatre in noir which hasn't reached its potential in games". But his team is inspired by a diverse range of media, from Wes Anderson films to the first Deus Ex game.

Calvino Noir is shaping up to be something special, and it's already shot up to the top of our most-anticipated games list. We'll get our first hands-on with the game at EGX next month, and the full game is due sometime this year on iOS and PC.

You can find more at the game's devlog.