Pick axe to the face

505 Games has updated the Bronze Award-winning sandbox-crafter Terraria with its biggest update yet on mobile.

First of all, hard mode has now been added to the game. You know, just in case you thought proceedings were getting a little too easy.

There's plenty of extra content to unlock now, too. However, you'll have to defeat the Wall of Flesh first. If you do, this is what you get:

Don't run off just yet - there's even more than that in this update to tell you about. 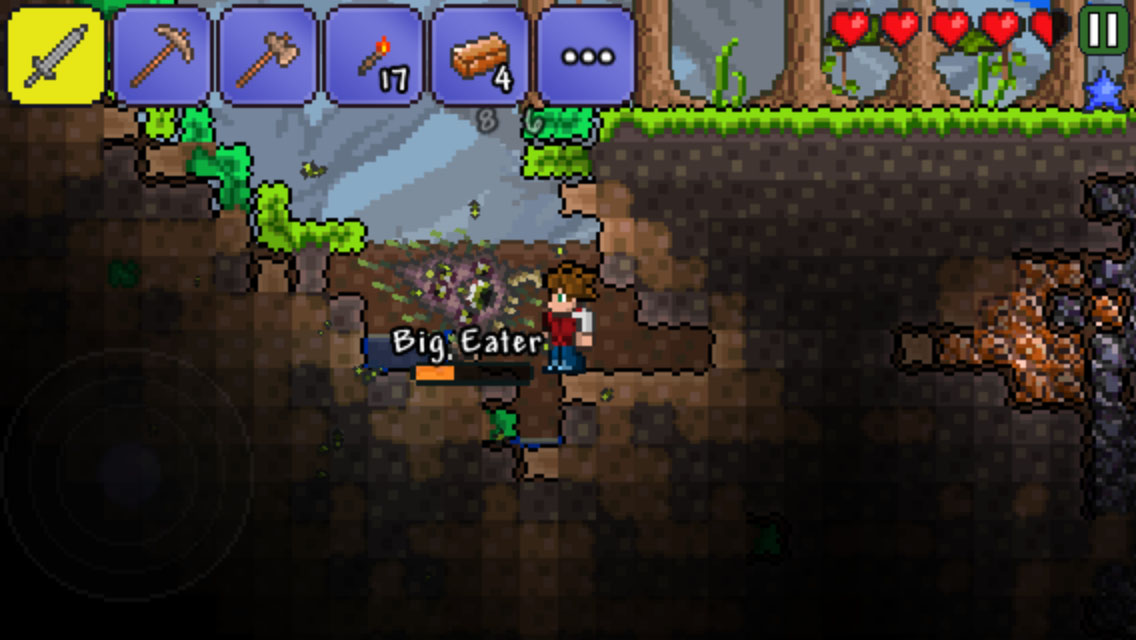 Combat targeting has been added, which is especially good for those of you who practice ranged combat. You just tap on an enemy and you'll aim at them by default. Nifty.

Lastly, Everyplay Support has now been added to Terraria. If you go to the Pause menu, you're able to share your gameplay with others.

You can also watch other peoples' recorded gameplay by going to the Videos tab at the main menu.

This update is free to everyone that owns Terraria.

Want more? Check out our 18 other Terraria news stories!