Out at midnight: WWE SuperCard is a card battler set in the WWE universe for iPad and iPhone 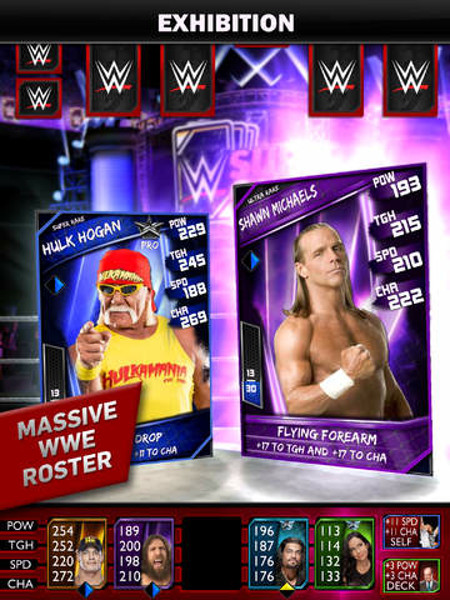 If you like cards and sweaty men hugging each other then it's a momentous day. 2K has just released WWE SuperCard on the New Zealand App Store, which means it should be hitting the UK at midnight tonight.

There'll be PvP battles that see you taking your five-wrestler team up against other human creatures, and a 16 player multi-day tournament called the King of the Ring as well.

2K is promising regular updates to the roster of wrestling men and women and an always-expanding card base as well.

If any of this sounds like it might interest you you'll be able to download WWE SuperCard later today, and it won't cost you a shiny penny. Obviously.

Out at midnight: Sentinel 4: Dark Star is a sci-fi themed tower defence game for iPad and iPhone