Activision has announced that Skylanders Trap Team will be the first core title in the collectible toy and video game franchise to come to tablets as well as consoles.

To clear up any confusion, yes, there have been Skylanders games on mobile before. These were, however, classed as spin-offs of the main main console games.

Trap Team will be free to download on iPad, Android tablets, and Kindle Fire. But you will need to purchase the Traptanium Portal base to play the whole game. It connects with the tablet via bluetooth, you see. 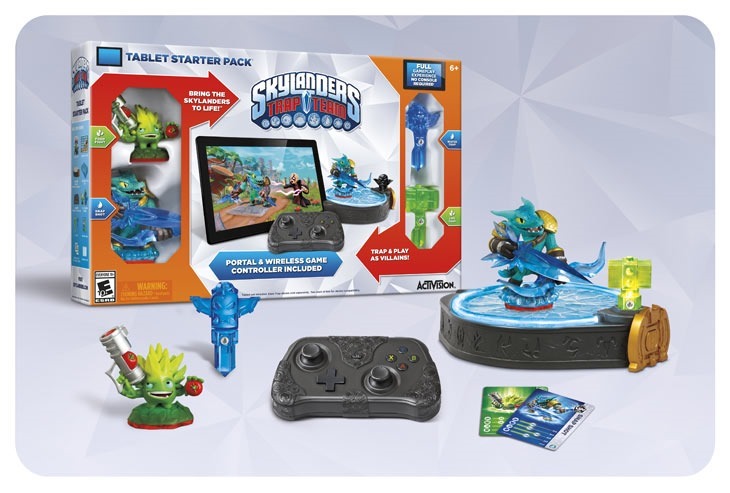 The Portal will be sold as a starter pack for £65, which includes two characters and two "traps" used to capture in-game enemies.

You also get two free characters when initially downloading the game for your tablet.

Interestingly, the Portal also comes with a detachable controller that can be used to play the game. It's designed to fit smaller hands and runs on two AA batteries.

While the controller isn't compatible with any other games, other controllers should work with Trap Team for co-op play.

Touchscreen controls can be used by turning the supplied controller off. 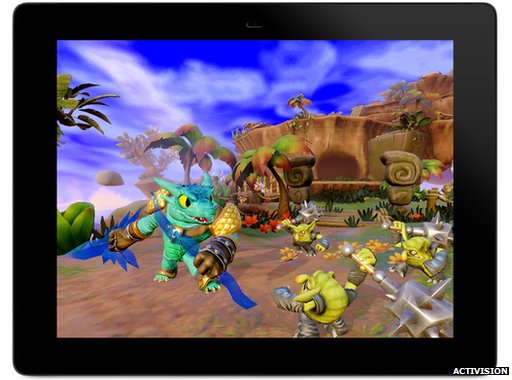 According to Activision, the tablet versions of Skylanders Trap Team will match the graphics quality of the Xbox 360 and PS3 versions of the game.

Trap Team adds another 50 collectible toys (to a total of 225) to the Skylanders franchise, each available for £9. You can unlock extra content in the game related to each character by connecting them to the Traptanium Portal.

Skylanders Trap Team will be released on tablets and consoles simultaneously this October.