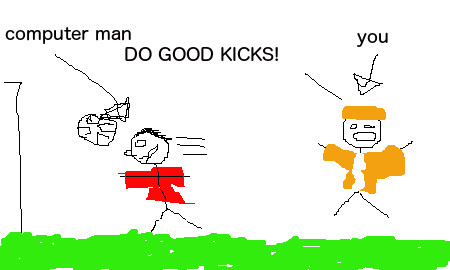 Hold on to your hats people, the football season is about to start again. Sure, it only ended a month ago, but there's no time to criticise, because men are kicking balls all over the place.

Obviously the new season brings new versions of everyone's favourite foot-to-ball videogames as well, so get your wallets out and get ready to splash some cash on Champ Man 15.

The game is set to hit iOS, exclusively, soon. And the game has received a good deal of tweaks in the downtime between the last kick of last season and the first kick of this season.

There are new training options, an improved match engine that offers more varied play, more tactical options, a redesigned interface, and better scheduling towards the end of the season.

If that wasn't enough the game will update after the end of the transfer window to reflect all the wheeling and dealing that's been going on over the summer.

Unfortunately we don't have any screenshots we're allowed to use at the moment, so I've had to make one up. Pretty good, right?

If you want to find out more about the various changes, tweaks, and polish that Champ Man 15 has received, you could do a lot worse than checking out our hands-on preview. It's full of words like 'balls', 'shorts', and 'tackle'. Honest.

Champ Man 15, the F2P ball-to-foot management simulator, is out right now on Android

Out at midnight: Champ Man 15 lets you tell digital people to score more goals on iPad and iPhone