Humble Mobile Bundle 6 wraps up six Android games and soundtracks, with more on the way

The Humble Mobile Bundle 6 is offering six Android games and soundtracks, three for the usual pay what you want price model and an additional three if you contribute more than the average.

An above average donation will earn you Mines of Mars, Joe Dever's Lone Wolf: Full Game, and Threes! along with any additional games the bundle adds within the next two weeks.

Eliss Infinity is a Silver Award-winning multi-touch puzzler and sandbox game about controlling your own universe, and the many planets within. It is usually £1.99 / $2.99 on iOS and Android.

The Silver Award-winning Combo Crew Special Edition comes with extra content, unlocked for this bundle only, with the standard version priced at £1.49 / $1.99 on the App Store and 69p / 99c on Google Play. 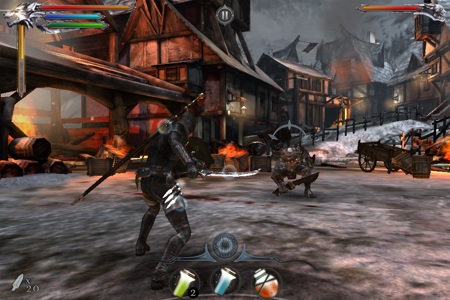 The Humble Mobile Bundle 6 is an Android exclusive, supporting Child's Play Charity and the Electronic Frontier Foundation. As usual, all games come DRM-free.

Pay what you want for the bundle between now and August 19th.

8 amazing games you wouldn't get to play, if it wasn't for the fans

Curse of Naxxramas rolls out its Military Quarter today at midnight