But not any time soon 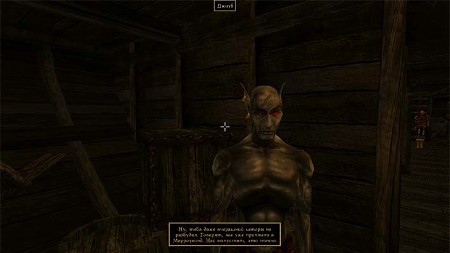 Updated on 31st July at 09:50: Since writing this article OpenMW has been in touch to set us straight on a few things.

Firstly, the Android version of the open source port isn't part of the OpenMW project. Mobile development isn't an aim of OpenMW, and likely never will be.

This is the work of a follower of OpenMW, and while the group supports it fully, it's an entirely separate entity from the PC, Mac, and Linux port.

Secondly, while the Android development has been up and running for just two months, OpenMW itself has been running for a number of years, with version 1.0 of the port about to see the light of day.

I've tweaked some of the original story to reflect this new information. Apologies for any crossed wires or confusion this might have caused.

Some dedicated fans are currently beavering away creating an Android port of PC classic The Elder Scrolls 3: Morrowind. Right now it's in the very early stages, and apparently runs at an impressive eight frames per second. When it actually runs.

The project is only two months old though, and while it's far from stable, the results so far are looking reasonably impressive.

The game will is based on an open source port called OpenMW. That project has been running for a number of years, and is focused on desktop development.

An intrepid follower of the open source Morrowind movement has decided that the game will be the perfect fit for mobile, taken the code, and is trying to squish it into an Android shape.

It'll be interesting to see whether the project comes to fruition. While it may not be in a playable state at the moment, just getting the game running on an Android device is a pretty cool feat after just two months.

We'll keep you posted with any developments as and when we hear them, but for now we'd say Morrowind on your HTC One is still a good while off.