Twitch Plays Pokemon has found a way of playing the Platinum Award-winning Pokemon X through the livestreaming website by using a modified 3DS.

If you don't know, Twitch Plays Pokemon is a Twitch.tv channel that allows viewers to type in commands to collaboratively control the game.

It took off earlier this year with Pokemon Red, and the channel has been going through the successive Pokemon games since.

What makes this collaborative playing of Pokemon X special is that it's being played on an actual 3DS. The previous playthroughs of Pokemon games were played via emulators, you see.

As the 3DS uses a touchscreen, viewers / players have to type in the specific co-ordinates of where they want to tap the touchscreen. 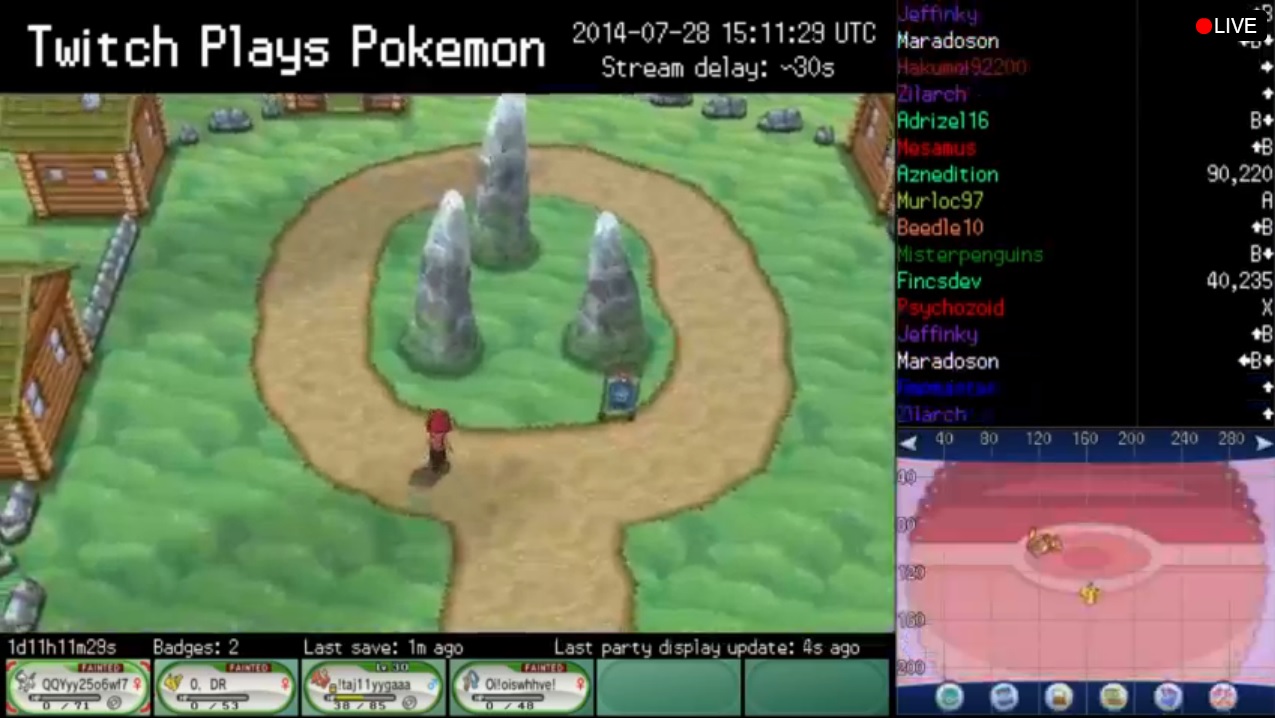 Using a 3DS rather than an emulator also means that the online functionality of the game has been retained. So yes, Twitch is able to trade and battle other online players, bizarrely.

You can visit the Twitch Plays Pokemon channel either to join in with the chaos, or just to watch it happen.

Pokemon Red was completed by Twitch in 16 days, but Pokemon X is sure to take much longer. We'll have to wait and see just how long that is...