Lumo Deliveries is a brightly coloured compulsion loop. Perched next to an umbrella outside the bar at Develop, Steve Stopps walks me through the unique looking delivery sim that lets you live out your shipping magnate dreams.

It has a simple core idea. You've got drivers, you've got vehicles, you've got delivery jobs. You need to match driver to vehicle to job and set them on their way.

There's a Pocket Planes style rhythm to proceedings, but with some unique twists dropped in that give the game a feel all of its own.

You need to ply your drivers with coffee to keep them driving fast, and shake them out of Beatnik reveries by playing the bongos or hypnotising them. 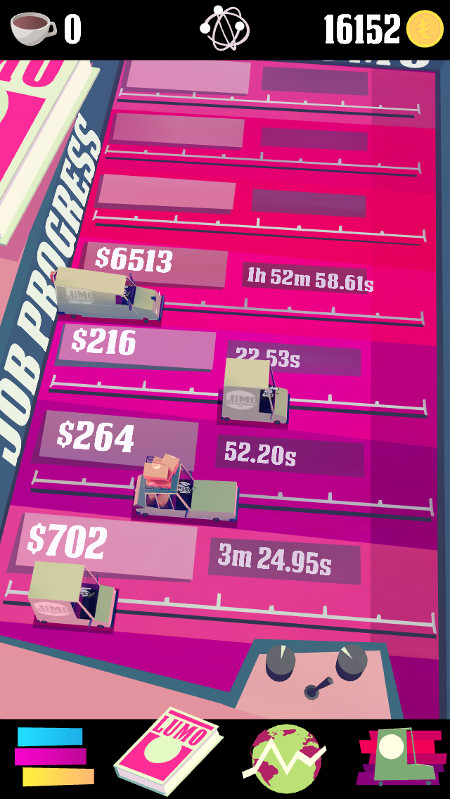 A beret is the first sign that your drivers are shifting away from being reliable, efficient squares. If they start carrying instruments then you know they've gone too far.

Tapping some bongos is the moral way of dealing with things. Hypnotising them is a little darker. And probably illegal.

The whole game has a subverted '50s vibe. The art style is influenced by PSA cartoons from the era. All thick spectacles, angular lines, and blocks of colour.

And it works wonderfully well. Throw in tentacled delivery drivers, crazy vehicles, and a handful of tappy, shaky micro games, and you're left with a great looking title designed to fit into 30 second play throughs. 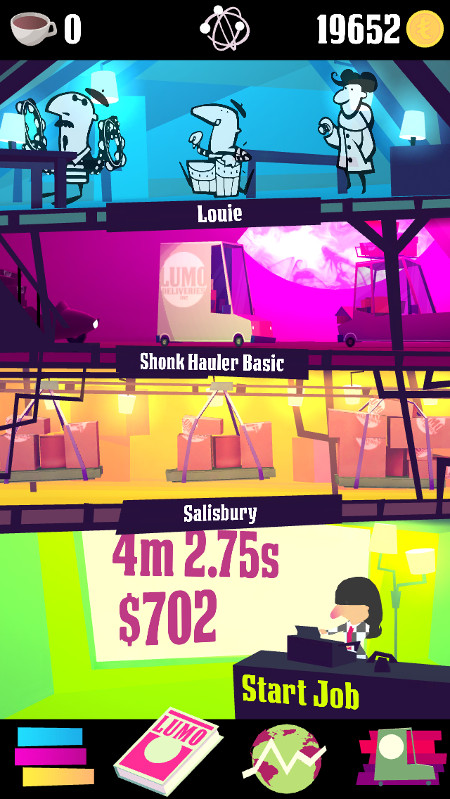 Once your deliveries set off they trundle along in real time. You can watch the truck or car rumble along, tapping floating coins and coffee every now and then, or you can put your phone down and let everything run its course.

If you're travelling while you play, your deliveries speed up. There's a world dominating multiplayer meta game as well.

This lets you seize control of territories from your friends by delivering more products.

Upgradable trucks and drivers, box-flipping deliveries, and a raft of other slightly off the wall ideas add to the sense that this is very much a fresh take on a slightly stale genre. 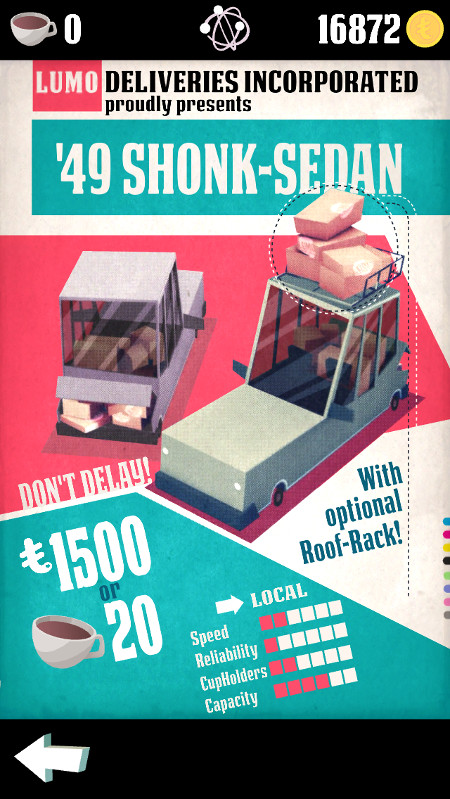 Lumo Deliveries will be free-to-play when if lands later in the year, but according to Stopp you can play through the whole game without spending.

If you want to boost your empire though, a few quid can go a long way.

This is a game to play between games, but there's enough going on, and enough depth to the delivery strategy, that it's easy to see it becoming an addiction.

The umbrella ruffles, we shake hands, and I disappear back into the thrum of the conference, certain of at least one thing - Stopp is already developing a pretty severe Lumo Deliveries problem, which certainly bodes well for when the game arrives in late August.

Ultimate War Game is the last title in Rubicon's ...War Game series, and that's about all we know