Otjam Games has had Bulb Boy up on Kickstarter for the better part of a month now, and it's struggling to reach its funding goal.

This makes me sad as Bulb Boy is an endearing little thing. Sure, it's a 2D point-and-click horror game about a boy with a glowing head, but I love that.

The light source-based lore of the game fascinates me, too. Bulb Boy lives in the Electric Forest with his GRANDPAraffin and Mothdog. The game kicks off as a nightmarish darkness takes over their house, stealing Bulb Boy's companions.

Scared and alone, you guide Bulb Boy through the horrific carnival that has overtaken the Electric Forest. Gored spiders, twisted limbs, and gross insects feature across this adventure.

You'll need to solve simple item-based puzzles to help Bulb Boy on his way to find out what happened to his family. Many cute moments are had as he grows scared of his surroundings - you'll just want to give him a hug. 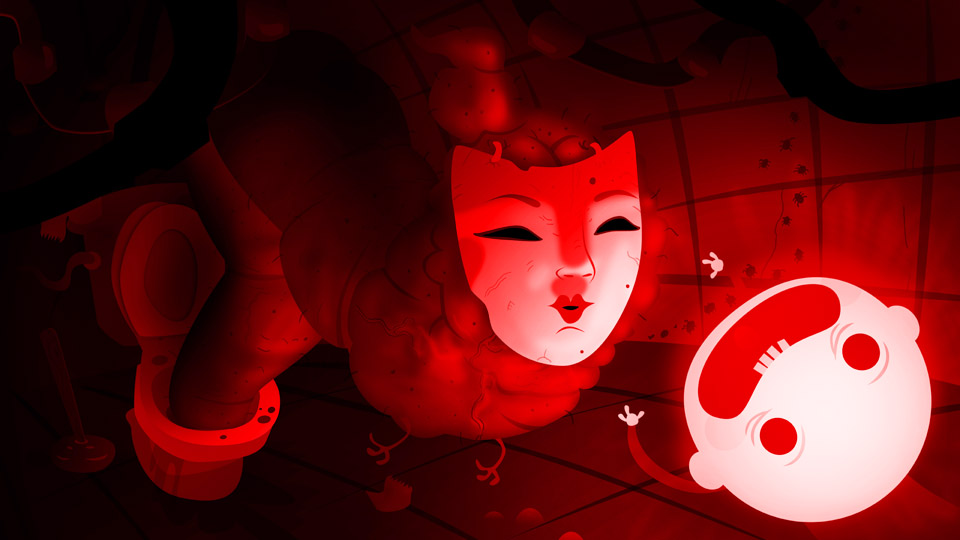 Obviously, you could find all of this out yourself by watching the Kickstarter video above. But it would be even better if you play the PC demo, if you can.

It's small but leaves a big impression. The animations and artwork are particularly superb, complementing the twisted world of the game. It's very much like what you'd imagine if Botanicula creator Amanita Design made a horror game.

Anyway, enough blabbering. If you want to support Bulb Boy by spreading the word or by pledging towards its Kickstarter, then go for it. You can get copies of the game and other goodies in return.

At the time of writing only a quarter of the $40,000 funding goal has been reached, and there's only nine days left.

Oh, and to answer the burning question: Yes, Bulb Boy is coming to iOS and Android, eventually. Well, presumably it needs to be funded first for that to happen.

So, if you'd like it on your tablet then, hopefully, you should know what to do by now (spread the word).