Give it a big hand

The Professor Layton-esque puzzle adventure Jacob Jones and the Bigfoot Mystery is coming to Android on July 23rd.

Lucid Games stated that both the free prologue and the premium first episode will be available on Google Play later this month.

Just in time for the school summer holidays, then. Which is convenient considering that Jacob Jones is set over the course of a summer holiday at Camp Eagle Feather.

You guide Jacob Jones and his big hairy friend around the camp to solve a bunch of mysteries. You'll be tapping around the screen to uncover hidden objects and solve puzzles.

Unfortunately, as we said in our review, it "needs more substance in its puzzles" to back up its stylish looks.

Still, it got a Bronze Award from us, so that's just something we'd like to see improved upon in future episodes. 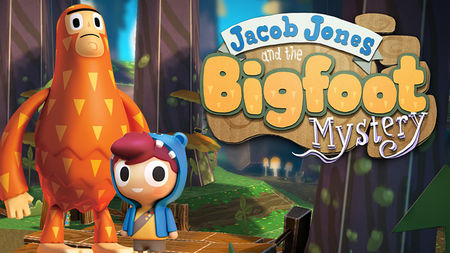 Before you go, there's even more good news for you Android players, too.

Lucid Games also revealed that the second episode of Jacob Jones will be released on Android alongside the iOS version later this summer.

No more waiting around while the iOS players roll around with Bigfoot, then.

The jungle is no place for astro-tourists

Every Jacob Jones and the Bigfoot Mystery puzzle solved