Hitman GO, Square Enix's Silver Award-winning twist on the assassin formula, has been updated with a new airport chapter for iPad and iPhone

Square Enix's Silver Award-winning murdering puzzler Hitman GO has been updated with a new lump of levels for you to stab your way through.

The update is called the Airport Box, and it's available from the App Store right now. It adds a whole new chapter to the game, as well as some new mechanics.

There's a civilian mode that tasks you with staying undercover until you perform your first move. New super-vigilant guards can look down two lines at once, and moving walkways add an extra layer of puzzling to proceedings.

On top of all that you can now skip a turn, waiting patiently for your target to make the right move before you strike. 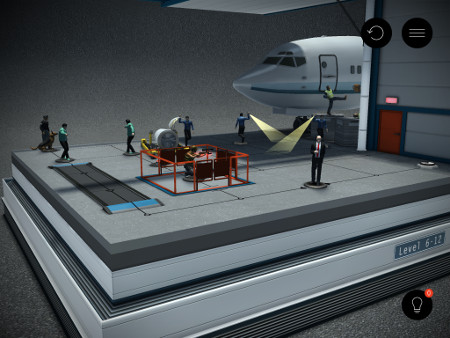 The new chapter is free to download, and you'll unlock it when you've played through the rest of the game. If you can't wait that long you can open it up straight away with a 69p / 99c IAP.

At review we called Hitman GO "a smart and satisfying puzzle game, with loads of content and plenty of variation."

The Android version of the game should also be getting the update in the not-too-distant future, so keep an eye on the Google Play Store for that.

In the meantime, why not check out the screenshots of the update in the gallery at the top of the page.

Out now: Monster Hunter Freedom Unite is a brilliant action RPG for iPad and iPhone