Ace in the hole

Users over on the Touch Arcade forum have spotted a new Assassin's Creed game in Ubisoft's Uplay social gaming network. It's called Assassin's Creed Memories, and it's apparently a mash up of card battler, RPG, and strategy.

There's scant information about the title as you might expect, but it does have a whiff of the unreleased Assassin's Creed: Utopia about it.

The Uplay entry suggests that the game is coming soon, so we'll be keeping an eye on the App Store for the next few weeks to find out how soon soon is. Is it now? No.

As soon as we hear any more information about the game we'll be sure to let you know. 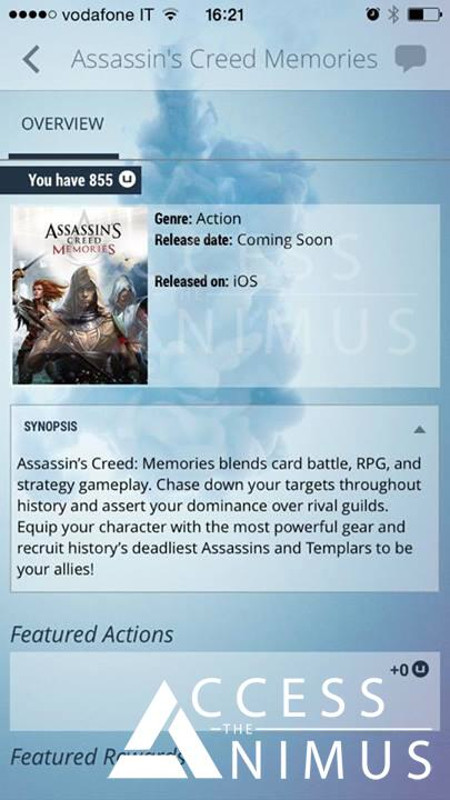