Right now, Google I/O is happening. At the keynote speech last night the big G rolled out a lot of new Android information, from some Google Play Games changes, to a preview of the latest build of the OS.

The big thing from the keynote is that it looks like Google is pushing to have Android installed on every electronic device in the next few years.

The Android TV is probably most interesting for anyone with an interest in games. Essentially any games you can play on your phone or tablet, you should be able to play on your Android TV. 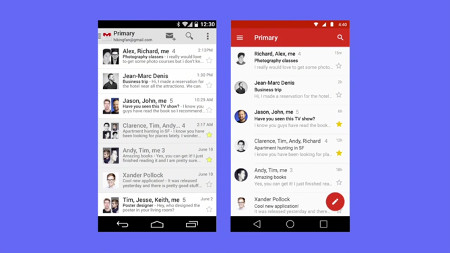 Google also revealed Android Wear, its wearable technology SDK. Interaction with the phone in your pocket is the big idea here, with the SDK letting your smartwatch act as an extension of your mobile.

Google Now integration lets you get context sensitive information and reminders, and you can talk to your watch like you're in a spy film. I already do that anyway, but it'd be nice to have a watch that talks back.

We also got a sneak peek at the next version of Android. It's codenamed L and is set to launch in the autumn.

It looks like a pretty big departure from 4.4 KitKat, with a complete visual overhaul and some snazzy 3D-ish effects. Notifications, screen unlock, and a variety of other core components are getting some pretty big tweaks as well.

And then there's Google Play Games. The service is getting some new features including shinier leaderboards and a new Game Profile.

Two new features stand out though. First there's Quests, which lets developers add time-based challenges without having to update the app.

Then there's Saved Games, which lets you sync your progress across multiple Android devices. It also shows you how long you've spent playing a game.

Alongside the release of the L OS later in the year, there'll be a standard for gamepads as well. All of which seems geared towards making Android TV a viable little games console.

Oh, and you can put Android in your car if you want. But you shouldn't play games while you're driving so I didn't want to tell you about that just in case.

Google I/O 2016: Google Home is that creepy feature Minority Report predicted back in 2002

Google I/O 2016: The forgotten Android Wear is going standalone in 2.0