One of my favourite subjects to write about here at Pocket Gamer is Pokemon, and the franchise's weird cast of critters.

Here's a piece I wrote about the "most WTF" designs in the series, and here's a piece where I was allowed to dream up new pokemon and post shoddy pictures I made of them in Microsoft Paint.

After finally completing Pokemon X, I got to thinking about how bizarre some of the creatures in it are, and how they could never exist in real life. But after a little research, I found that life on Earth can often be as extreme - if not extremerer - than that found in Kalos.

Here then are ten prime examples of animals that are just as peculiar as anything you'll find in your Pokedex.

The Lowland Streaked Tenrec looks like a cross between a Pikachu and a hedgehog with a drinking problem.

With its yellow colouring and spiky defences, if it actually were a pokemon, then clearly it would be an electric and ground-type that would perhaps even have access to a few leaf moves.

The neat thing about pokemon creatures that distinguishes them from much of our animal kingdom, is that most seem to have personalities, and much of that personality is derived from how they look.

So when you see a blue parrotfish float by, it's tough not to see the big dumb guy smile, the crooked "teeth", and think "I bet that fish is an absolute hoot at parties".

And then you laugh to yourself because "hoot" is something owls do, and an owl is a bird, and this is a parrotfish, so "hoot" totally counts as a clever pun. 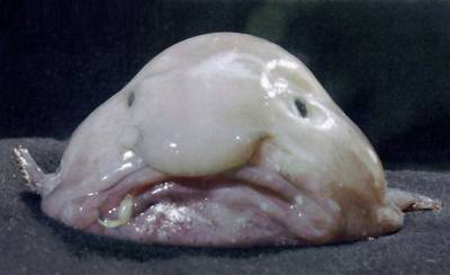 Staying with the underwater theme, the Blobfish is one of the ugliest creatures alive. Its big bulbous "nose" flops over its down-turned mouth, and its skin is slick, smooth, and veiny.

In all, it looks like a grumpy old bald man, fresh from a UKIP rally.

Curiously, it actually looks quite cool when in the seas of Oceania, and only takes on the deflated and ugly look you see in the picture above when out of the water, as it lacks the muscle in its body to keep its shape on dry land.

Perhaps its next evolution will rectify that. 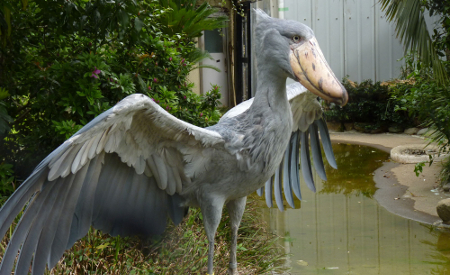 The Shoebill is so odd that zoologists find it tough to correctly categorise it with any other classification of bird.

The reasons are obvious: that gigantic beak, body shape, and its webbed feet are a unique combination, and consequently it's even thought that the Shoebill might represent an evolutionary step between pelicans and storks.

Ultimately though it looks like someone from Game Freak slipped while drawing, and created a gigantic-billed pocket monster. And for that, it belongs on our list. 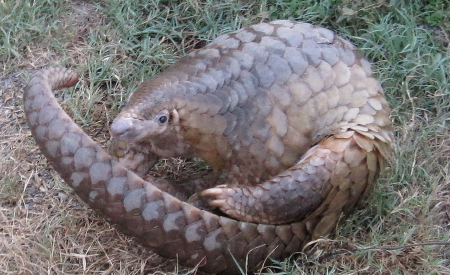 These things have such protective armour that, when they're curled up in a ball, they can take on the bites of lions and walk away.

Think about that for a second: this small creature, that never really grows bigger than a metre in length, can win fights against the king of the jungle.

It's so tough that its hide was once used to make a special suit of armour, and some cultures have mistakenly believed its skin to have magical properties, like curing cancer.

In Pokemon its defence stats would be off the chart, but in the real world it's now classed as endangered.

Back underneath the surface of the waves we go, and this creature looks like it wants to give you a great big kiss.

The fishy equivalent of the Jynx from the Pokemon cartoons, it survives on a diet of small fish, shrimps, and even tiny crabs.

One theory about the lips is that they're used by the female of the species to attract a male mate, and if that doesn't sound like a Pokedex entry, then I'm a Meowth.

Okay, final creature from the deep, and this one's a meanie.

Also known as a "sea locust" and "thumb splitter", the Mantis Shrimp has powerful claws, a visual spectrum better than anything human beings can see (or create to see), and a ferocious appetite that will decimate most things living in a tank with them, which they often kill via dismemberment.

They're bastards, basically, and those things on their face that makes them look like they have a big moustache don't help to soften the "evil villain" look. 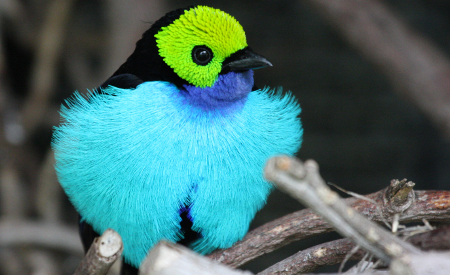 That picture hasn't been doctored. Some sub-species of the Tanager really are that brightly coloured.

The Tanager comes in many shapes and sizes, and some are only found in a single location in a single country, but most are found in tropical regions. As a bird found in an area of the world with some of the most striking avians on the planet, it's obvious why the Tanager has such bold plumage: to help it find a mate.

You can easily imagine the cutie above popping out of a pokeball and giving Pokemon such as Articuno a run for their money in the aesthetics department. 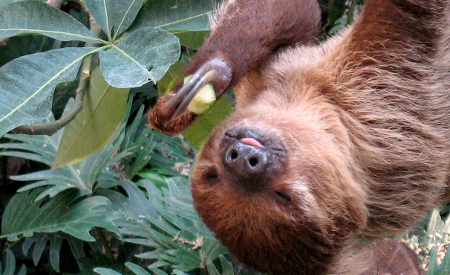 As human beings living in a nice enough area of the world to have electricity, computers, and internet access in order to read stupid articles about Pokemon, we think we've got it pretty good.

Tell that to a sloth and it will literally laugh in your face.

Okay, it won't literally laugh, or even comprehend what you're saying, but the sloth is basically the luckiest animal on the planet. It spends upto 18 hours of every day sleeping, and when it's not sleeping, it's eating.

So it's a Snorlax, basically. Only for realsies. 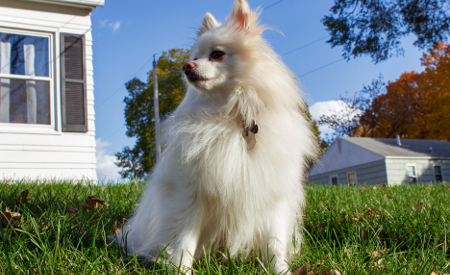 Is there a more lovable dog than the pomeranian? Don't answer that, because I already know the answer: no, there isn't.

Weighing little more than a couple of bags of sugar, these tiny tykes never fail to be utterly adorable, and they're apparently very good natured.

Queen Victoria owned one too, and she was the best monarch we Brits have had in ages, so you know they've gotta be good.

Move over Pichu, you chump, the pomeranian is the real king of cute.

Is this the only papercraft rock-'n'-roll insect adventure?