Out at midnight: Manuganu 2 will have you flying, swimming, and climbing to avoid its zany beasts

The original Manuganu didn't score too well with us. That did nothing to halt its popularity, though.

That tells us many of you will want to jump back into the acrobatic body of the titular animal skull-wearing kid when Manuganu 2 comes out tonight.

It seems that not too many changes have been made to the gameplay in this sequel. You'll still be endlessly running, swinging, and wall-jumping across treacherous levels.

The halt mechanic makes a return as well. As in the first game, you'll need it to stop Manuganu running into swinging blades, and the like. 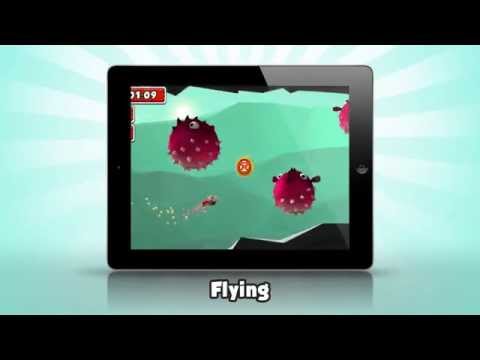 What has been added with this sequel are the abilities to fly and swim. The climbing has also been improved, apparently.

So, yep, there are giant piranhas and swooping birds for you to avoid this time around.

If you fancy a colourful 3D platform runner then Manuganu 2 will set you back 69p / 99c when it arrives on the UK and US App Stores at midnight.

Epic tactical RPG The Banner Saga will be coming to iPad, Windows, and Android tablets this summer

Out at midnight: Jellies! will have you finding Bob's severed fingers by matching elastic jellyfish