First look at Persona Q: Shadow of the Labyrinth

Way back at E3, we had the chance to see a Japanese build of the upcoming crossover RPG Persona Q: Shadow of the Labyrinth.

We took careful notes on what we saw and committed all of the game's gorgeous visuals to our memory, but we had to check in with our friends at Atlus to make sure we were in the clear to publish our impressions.

We've just been given the green light, so now you get a behind-the-scenes look at what you can expect from the Etrian Odyssey-meets-Persona RPG. 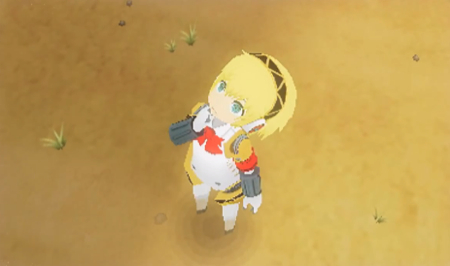 For starters, the game is absolutely gorgeous. We said that above, but we're saying it again here.

Sure - it's on the 3DS and its graphics won't match the Vita's - but Atlus definitely pushes the envelope here in terms of colour pallet and overall aesthetics.

If you need a visual reference - take a Tartarus floor from Persona 3, put it in a grid-based, first-person Etrian Odyssey perspective, and you'll have a good idea of what you're in store for.

Looking past the graphics, Persona Q really won us over with its subtle departures from the EO style of gameplay.

Sure, you still make your map as you go - but you can also take control of the camera by holding B and moving the joystick around. This allows you to pan around vertically and horizontally, so you can peek ahead to see what's lurking around you.

This is particularly handy for spotting FOE's, but it's also a great way to take in the set pieces of each dungeon.

Another nice Persona-y touch comes in your ability to select your party's field navigator and battle support character as either Persona 3's Fuuka Yamagishi or Persona 4's Rise Kujikawa.

If you prefer one over the other, you can set the same girl for both support and navigation and leave the other on the bench. 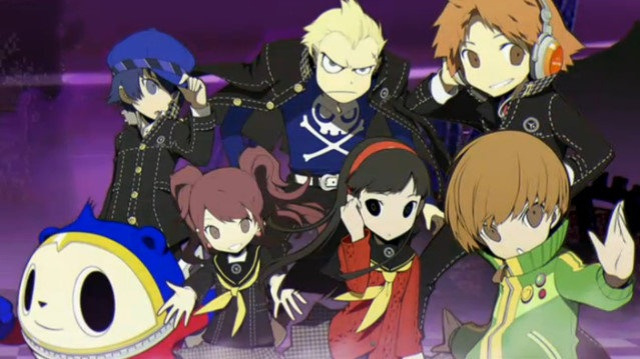 Fans of Persona's third-person combat might be disappointed by the first-person perspective of Persona Q - but there's a silver lining: you can turn on attack animations and watch each of your chibified party members swing their weapons or summon Personas.

If you're a diehard Etrian Odyssey fan, however, you can opt to leave the attack animations off and content yourself with the voice-acting that accompanies actions and reactions in battle.

My conversational Japanese is - charitably - atrocious, but the lines sounded very similar to the sort of organic dialog we enjoyed so much in Etrian Odyssey Untold: The Millennium Girl.

Digging a bit deeper, we also saw a new Boost mode which functions similarly to the Smirk in Shin Megami Tensei IV - if a character lands a critical or exploits an enemy's elemental weakness, they'll automatically go into a Boost state.

While Boost provides an edge to the party, the real draw is that if a Boosted character isn't attacked before their next action you get to cast their next spell for zero MP. 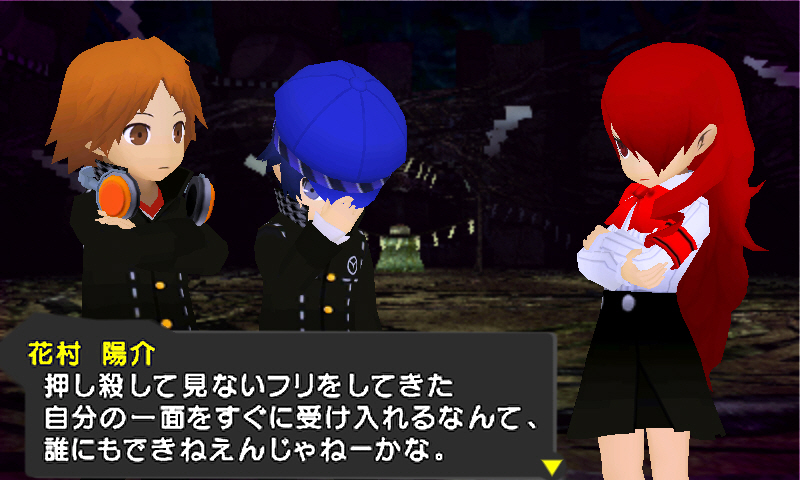 Another change that Persona Q introduces is the ability to equip characters with Sub-Personas.

Much like the earlier games, every character will always have their main Persona - but they can now equip/swap out Sub-Personas freely.

We can't wait to go back to school

Atlus assured us that the plot of Persona Q: Shadow of the Labyrinth is technically canon and that the full game will offer 80-100 hours of gameplay if you opt to complete both the Persona 3 and Persona 4 sides of the story.

This should be an easy decision for hardcore fans, as Atlus noted that each of the two storylines will lead to "a very different experience" with completely new reactions and dialog.

Finally, Atlus also teased us with an interesting tidbit - Persona Q will support StreetPassing. We're not sure how exactly at the current, so we'll just have to be patient and see how it's implemented.

From what we've seen, Persona Q: Shadow of the Labyrinth is shaping up to be everything that a 3DS-owning fan of dungeon crawlers could hope for - with a story that's sure to delight Persona fans as well.

Can't wait until it releases in North America this fall? Check out the E3 trailer below and bask in the adorable chibi art style.

Want more? Check out our growing collection of Persona Q: Shadow of the Labyrinth articles!

Out at midnight: Oh will startle you with its psychedelic dodge-'em-up energy

Persona Q: Shadow of the Labyrinth

Persona Q: Shadow of the Labyrinth arrives in Europe for 3DS on November 28th