Be a better builder

We've seen plenty of games called "city builders", but few take the term quite as literally as Supernauts.

In this ambitious new game, you literally craft your home base brick by brick. And instead of gathering resources, you forge bricks, concrete blocks, wooden logs, and glass windows.

As this is such a unique game, we thought you might appreciate some advice on how the whole thing works and some general tips for being a better builder. Plus, we're working on a collection of video walkthroughs for every mission. 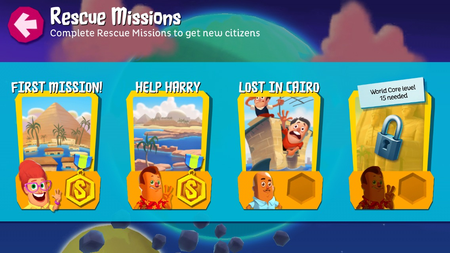 Missions, which are found by tapping on the rocket ship, earn you coins, medals, and new citizens. We're working on guides for all the missions, and here's what we have so far: 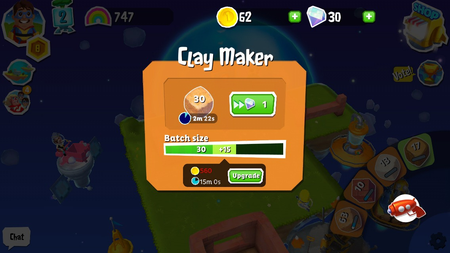 Makers automatically generate materials (like clay, logs, rocks, and ore), which can be used during construction or as ingredients in more fancy blocks.

You need to pick up the new batch of blocks when the timer is over, and no new blocks will be made until you've done so. You can upgrade a maker to boost its batch size, and increase the number of blocks that are made.

As with most things in Supernauts, you can immediately expedite a maker's production with gems. 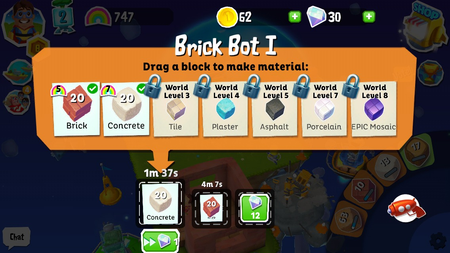 Bots turn raw materials into blocks. For example, Brick Bot 1 can turn 20 clay blocks into 20 concrete blocks. This process takes five minutes, but you can speed it up with gems.

You can queue up bot tasks, and you can expand your queue size permanently by spending gems. 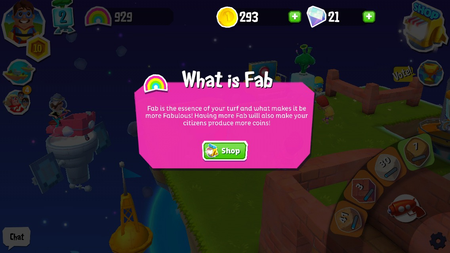 Plopping down blocks and buying decorations boosts Fab (the rainbow currency). Boosting Fab increases the number of coins that citizens produce per hour.

Each block has its own Fab rating, which you can see when you tap on a block in your inventory. 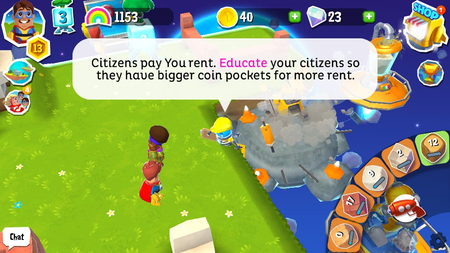 Citizens are unlocked by completing the main missions. These stranded people then wander about your base, generating coins. They have a max number of coins they can hold before they'll stop producing coins, so cash in regularly.

Educating citizens - which takes time, money, and resources - increases their maximum Fab level (and therefore max coin production), and the number of coins they can hold before their pockets need emptying. 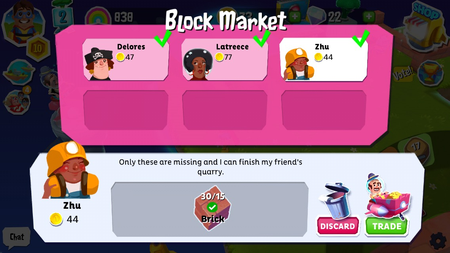 The block market lets you trade blocks for coins. A green tick indicates that you have the necessary blocks to make the trade.

Some big missions are on a timer, so you should get to them quickly. If you run out of time, hit the 'Expire' banner to generate another job. You can also discard jobs, but you'll have to sit through a timer before another appears. 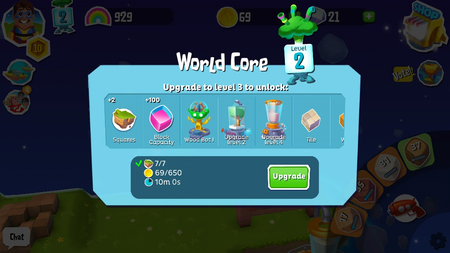 Upgrading the world core unlocks items in the shop, increases your block inventory, boosts the number of squares you can have on your home planet, and opens new missions.

Tap on the world core to see what you'll need to get to the next level (usually coins and more land squares). 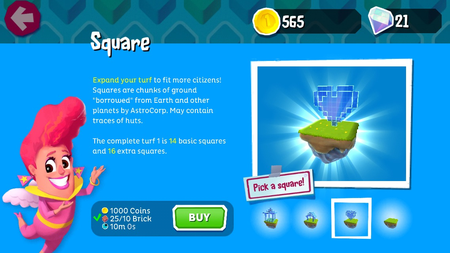 Wen you buy a square, you can choose one with a blueprint on it. Fill in the print with blocks to earn monetary rewards from Sinclair. 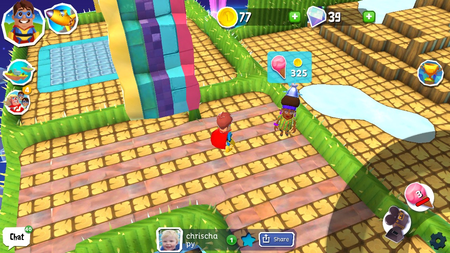 At certain times (such as during trades on the block market) you'll get some ice creams. You can sell these to citizens belonging to other players to earn quick cash.

Open The Supernaut Universe (the planet icon) and choose a player. Tap their name, and then tap on one of their world icons to visit their base. Tap on a citizen with full pockets to sell ice cream.

The top players will earn you more money for each ice cream sold, so find high-ranking Supernauts fans. 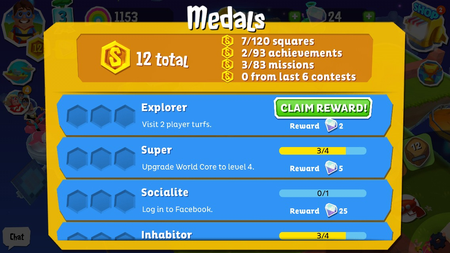 When a timer reaches about 40 seconds left, you can often skip the rest of the timer for free. Just tap on the button that says zero gems.

There is no confirmation pop-up for spending the rare, premium currency, gems - so tap carefully!

Gems are purchased through the in-game shop, but you can also top up on these shiny crystals by finishing achievements (tap the gold medal button on the left), voting in competitions (trophy button to right), and by winning competitions.

To move stuff (like bots and makers), walk up to something then pull up with your finger to grab it. Then drag from the white icon to a point on the ground to throw the item into its new position.

Got more tips? Share them with other Pocket Gamer readers in the comments below.

Want more? Check out our 11 other Supernauts tips, guides and walkthroughs!