A multitude of independently produced radness

You probably know the score when it comes to Pocket Gamer's Big Indie Pitches by now.

So, yes, we get a bunch of indie developers in a room, sit them in front of a panel of game industry bigwigs - including publishers, investors, and journalists - and give them two minutes to pitch their (usually iOS or Android) game, with a further minute available for judges to give their title a grilling.

Games are played, smiles are beamed, harsh words are said, awards are given out. And then everyone kisses and makes up over food and drinks provided by our sponsors.

Our latest Big Indie Pitch took place in Los Angeles during E3, and was sponsored by ZQGame, GREE, and Samsung US.

There was a great turn-out, with some utter gems in there just waiting to be discovered. Fortunately for you, I was on hand to capture the madness first-hand. Take a look below for a complete list of all the games we saw.

The clear winner on the night, MonsterMatic combines a few of the pet simulation elements of Tamagotchi with the personality of Clumsy Ninja and the ability to pay for a physical statue of your custom-created pet.

What you wind up with is a game starring an adorable and characterful little monster, whom you can dress up in whatever items you've unlocked. If MonsterMatic gets any traction with the general public, it's going to make serious amounts of money. Mark my words. 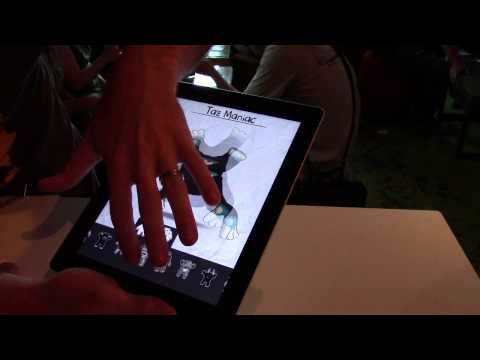 It's safe to say that all our winners were in awe of the neon wireframe visuals of Vic Vector Vengeance. And even if the control scheme is a tad tough to get to grips with at first, we became big fans of its arcade-influenced gameplay and fast, explosive action once we did master the controls. 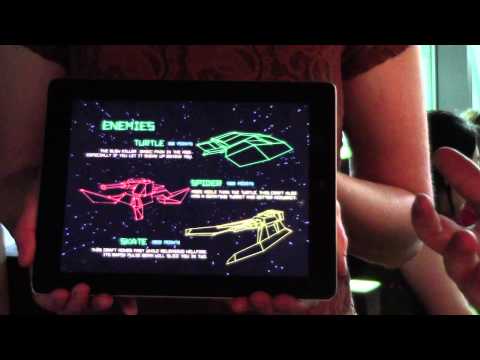 In Plixel, you're given a colour. You then have to use the camera on your phone or tablet to snap an image that features that colour. It's a novel idea, and the opportunities for asynchronous multiplayer here could make for very exciting reality-blurring and game-blurring matches. 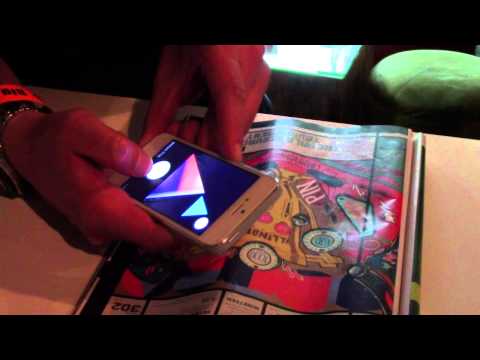 The only pitch that wasn't for an iOS or Android device, Metrico on PlayStation Vita was narrowly pipped for third place by Plixel, and was, in my humble opinion, robbed.

Metrico's infographic visuals are an acquired taste, sure, but everyone on the judging panel could agree that its puzzle-platforming is top notch. 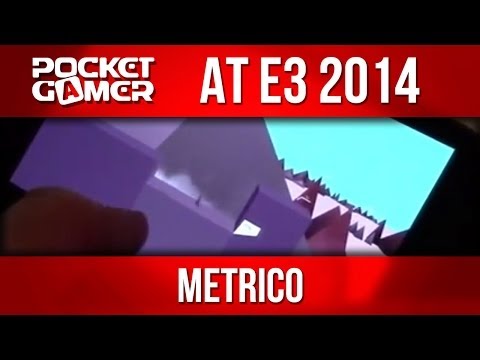 Though Dragon Drop looks rough around the edges, its gameplay easily rivals that of our winners, featuring a potent combination of LittleBigPlanet, Scribblenauts, and purest awesome.

I've got high hopes for this one. And if the visuals are re-worked, so should you. 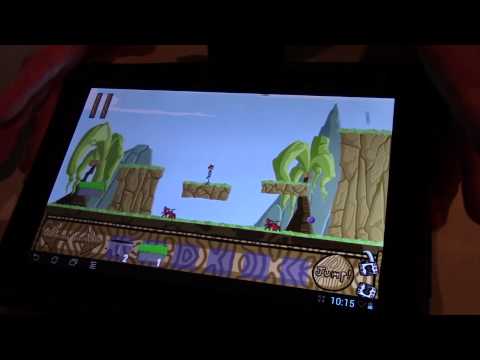 Rad Boarding
By Other Ocean Interactive

Tiny Wings-meets-big air. Rad Boarding is a downhill auto-boarder, complete with huge jumps and big air. Its gameplay was familiar, but the slick presentation won over many a person at our pitch. 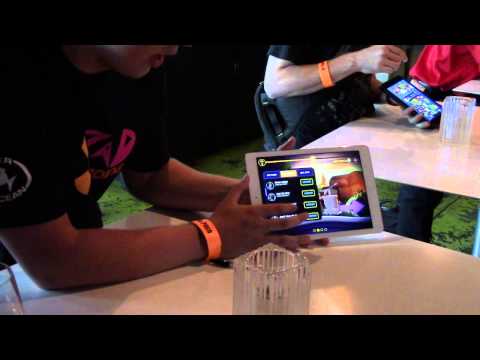 Mobile MOBAs are big right now, and Hero Bash is hoping to capitalise on that fact. The core ideas are all in place, and the play is fast and seemingly quite deep. Saying that, those visuals need a bit of work if this one's going to compete with the big boys in the genre. 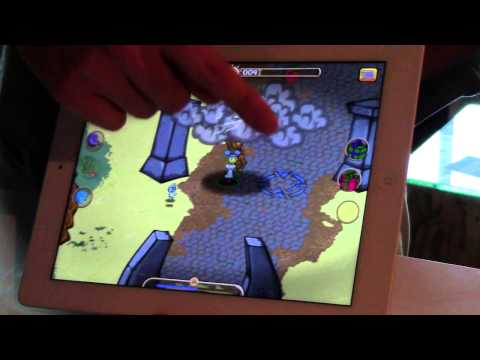 Pop A Wheelie
By Fancy Turnip

Lots of judges took a shine to Pop A Wheelie, but personally I wasn't massively impressed. An auto-runner that's very much in the style of Subway Surfers, Pop A Wheelie is solid fare, but nothing spectacular. 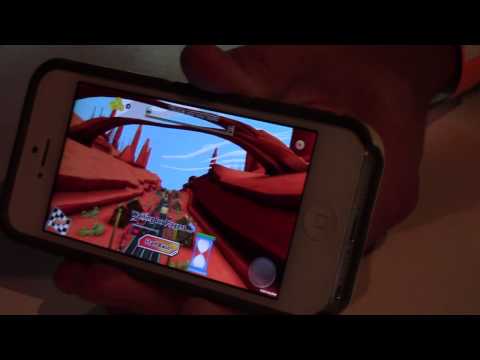 Match-three games are getting stale, but Barista Blitz manages to make the now tried-and-tested recipe a little more palatable.

Here, you see, you have to match tiles to fulfil orders provided to you by customers. The game has excellent presentation, so don't be surprised if you see this hovering around the top of the App Store charts soon. 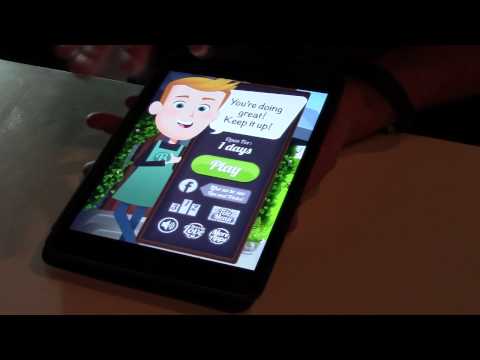 Fruit Smasher is the work of just one person, straight out of college. That in itself is a remarkable effort.

The dev's pitch was definitely well rehearsed, but the core game - tapping the screen as fruit drops from the top of the playfield - is very basic when compared with other games we saw. 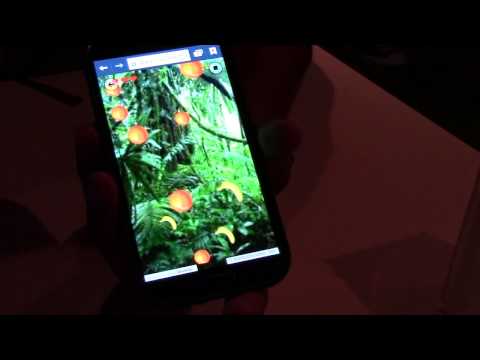 According to its developer, the big selling point for Deity Quest is that it features cross-platform multiplayer. It certainly isn't its ancient-looking presentation, boring world design, or tedious sounding Final Fantasy-lite battle system. 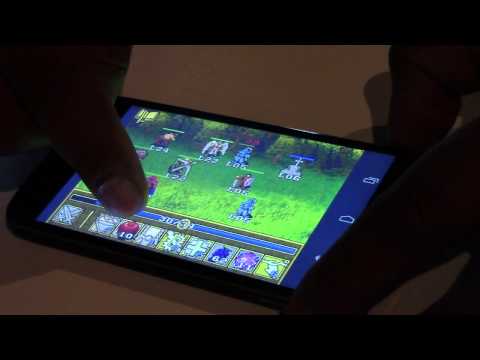 The team behind Cortex spent nearly half their presentation telling us about this puzzle game's story, which is a classic mistake pitchers will often make. Still, the gameplay seems quite involving, with a fair amount of depth. Oh, and it sports pretty graphics to boot. 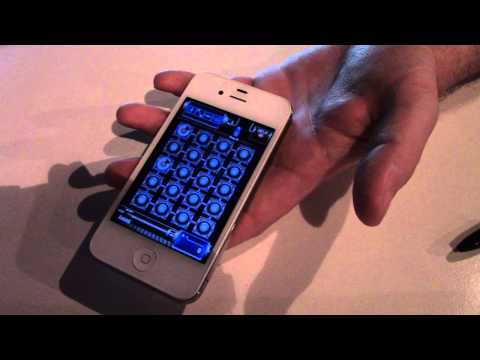 This was easily one of the most exciting presentations I saw, even if the game needed a lot of work.

The guys demoing Crush Hour were super-entertaining, very funny, and extremely likeable. But the game - a slow and confusing puzzler about crashing cars - came nowhere close to matching their enthusiasm. 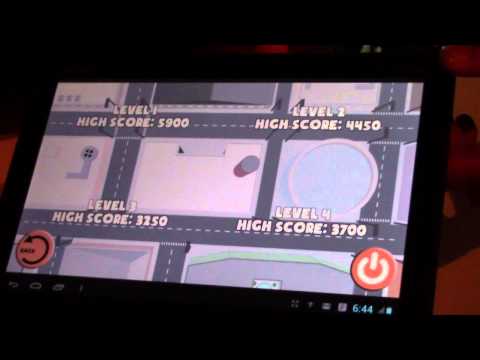 Phenomaball asks you to match coloured balls in as long a line as possible, bursting them for loads of points. If you've played LINE Disney Tsum Tsum, you'll be right at home here. I was fairly impressed by the game - with a little polish, it stands a good chance in the various app stores. 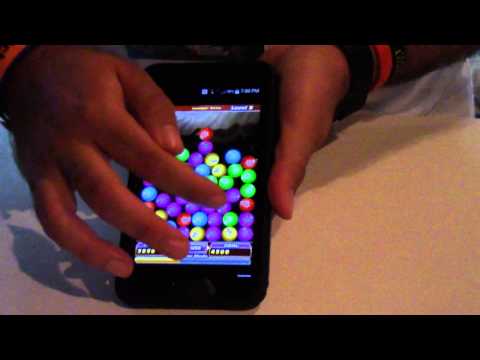