These aren't the pixels you’re used to

As with last year's E3, one of the most pleasant surprises we had in LA this year came from Kemco.

Walking over to the booth, it was easy to see that Kemco was stepping up its game.

Four monitors flashed demos of upcoming games that all looked to have JRPG inspiration but didn't look like the mobile publisher's typical offerings.

Kemco's Matteo Conti walked us around the booth and gave us a quick summary of what you can expect from each game.

Built on the same engine as Alphadia Genesis, Illusion of L'Phalcia continues the trend of mixing a 2D overworld with 3D battle scenes that recall the action of Final Fantasy VII. 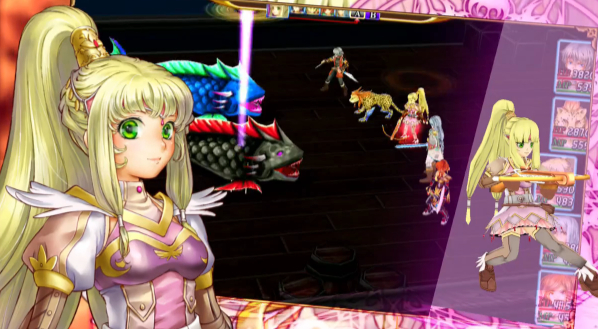 Conti assured us that while Alphadia's engine was good, there have been some changes made to tweak its character movement, animations, and visuals.

Illusion of L'Phalcia also features a Gem system that allows you to customize your characters with learnable skills and abilities.

You'll have plenty of time to dig your teeth into this system as L'Phalcia will offer a bigger story than Alphadia Genesis.

At current, Illusion of L'Phalcia is planned for a fall / winter release in the west.

Now here's where Kemco takes a step away from tradition. 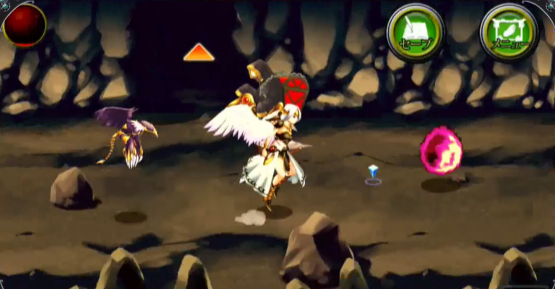 Valkyria Soul is a side-scrolling, monster-collecting RPG that's an entirely new type of game for Kemco to put out.

Instead of assembling a party of spikey-haired teens, your job is to collect, evolve, and otherwise power-up a team of monsters to help the forces for Norse mythology rebuild the world after Ragnarok.

Was Valkyria Soul not experimental enough for you? Take a look at Shining Mars then. 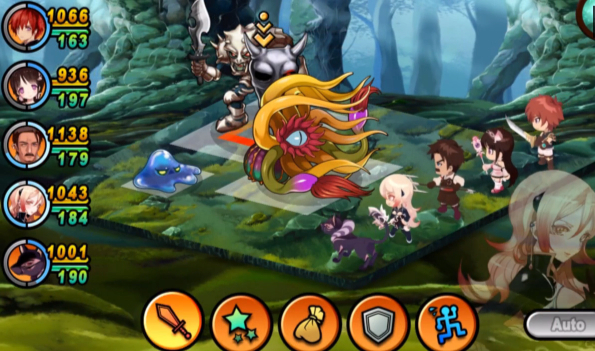 This chibi-fied RPG follows the traditional formula of youngsters feeling drawn to a higher calling. The same graphics carry through from the field to battle, which takes place on a three-quarters down floating grid.

Shining Mars is designed from the ground up to support a tap-interface, so it'll play quite naturally on a smartphone or tablet.

Finally, Kemco's not leaving its traditionalist fans without something new to look forward to.

Grace of Letoile is a traditional 2D JRPG with an innovative and interesting clock mechanic. Each skill you use in battle corresponds to a number of a clock. If you fill up the clock's Chronos Gauge by using the correct skills, you'll be able to unleash massive special attacks on your foes. 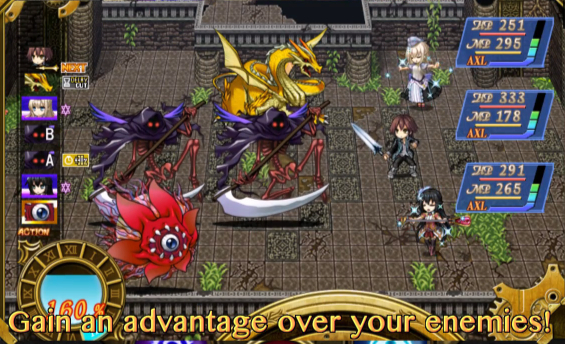 What really grabbed our attention with this one was when Conti told us that battles would introduce random "field effects" into the flow of combat.

One, for example, reduces all physical damage dealt by 50 per cent for a full turn - which means you'll need to dust off your magic to do any real damage.

It's not a huge tweak, admittedly, but it's certainly something to keep "been there, slain that" JRPG fans interested.

Unfortunately, we don't have solid release dates for any of these titles just yet - but they're all due out for Android and iOS in the months ahead.

Questing on a budget: Kemco puts its Android RPGs on sale for 99c / 99p