There's more than one beautiful game

Football is kind of hard to avoid at the moment.

There's some sort of tournament or something kicking off today. Oh, and it's happening in Brazil. You know, where they're generally pretty good at the sport.

We at Pocket Gamer pride ourselves on our intrepid spirit of independent journalism, boldly striking out into new pastures rather than following the herd. Except this time. Well, because it all sounds far too exciting with the whistles and the face paint and the hairy beer bellies.

But actually watching a World Cup game requires you to take an expensive trip to Brazil, or wrest the TV away from your console-obsessed housemate, or brave the pub... all of which seem roughly equally improbable.

Instead of going down one of those almost-impossible routes, then, why not 'participate' in Brazil's footballing jamboree by playing one or more of our favourite soccer-themed mobile games. 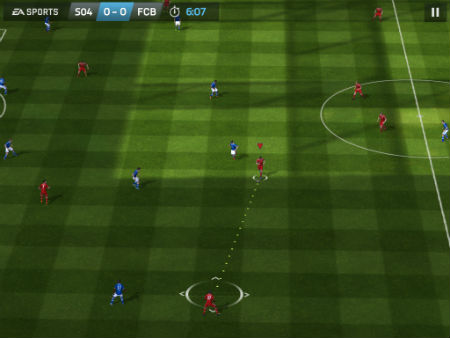 The FIFA games have a long and ignoble history, with true football fans looking down on their unrealistic depiction of The Beautiful Game in comparison to competitors.

But that's changed over the last few years, and the FIFA games have become, like the star players they seek to depict, genuine contenders.

For us mobile gamers, FIFA 14 represents a particular step-up. That's primarily because of a new, streamlined touch interface that makes it a comparative doddle to pass, tackle, and shoot. It's a joy to use - you'll be stringing together sublime moves in next to no time. 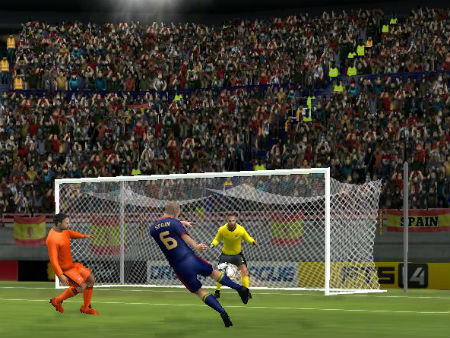 Sometimes, you see a game of such absurd simplicity that you can't believe it's a game at all. Tracing lines on the screen to direct traffic, perhaps. Or maybe tracing lines to map the path of a ball toward a goal. Like you do in this one.

Yet somehow, as in so many of the best mobile titles, that simplicity belies an extraordinary depth. Tracing lines across the turf is easy enough, sure, but you need to time your kicks to split defences, beat goalkeepers, connect perfectly with a volley.

And if that's not challenging enough, you can try to do it with style and panache to earn maximum star ratings. Just as fun whether played for two minutes or two hours, this should be on every football fan's mobile.

By PikPok Games - buy on iPhone and iPad; buy on Android 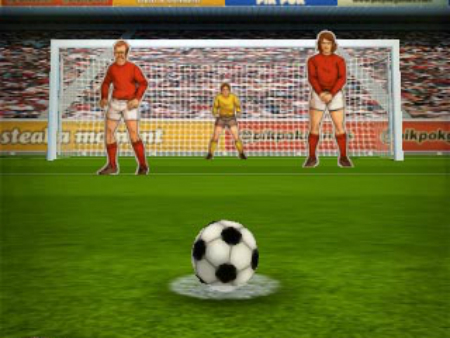 Flick Kick Football also aims for the mobile stars with a super-simple reproduction of the sport. Unlike Score! World Goals, though, it concentrates on replicating the act of kicking via screen flicks, rather than the overall movement of the ball.

It's also not quite as good as First Touch Games's aforementioned gaming addiction, with the formula here becoming a little repetitive over time.

But it deserves a spot on this list thanks to its lovely, tactile replication of ball kicking. After a few goes, your fingers start to feel like your toes (in a good way, obviously). Although I suppose that might happen if you played it for long enough.

Flick Soccer!
By Full Fat - buy on iPhone or buy on iPad; buy on Android 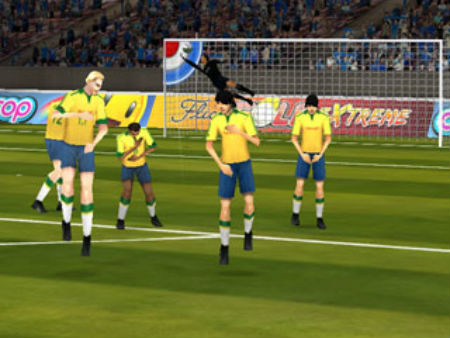 This is another flick-to-kick title. But when I first came across it, I was deeply confused. What was this peculiar sport "soccer"? A sport that looked so much like thrilling, elegant football?

Turns out it's just a word invented by Americans so they can keep referring to rugby as "football" and pretend that their "world championship" involves countries outside the US.

It also turns out that Flick Soccer! is a really sweet game, with a realistic physics model, great graphics, and various game modes. Pretending to boot a ball with your fingertips has never been so much fun. 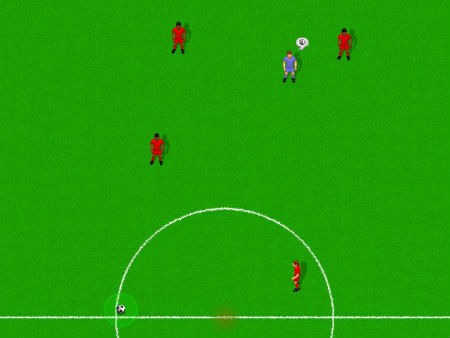 So entertaining is the idea of kicking a football through a touchscreen that a ton of games have trodden tediously in the groves set by the two previous games.

New Star Soccer, by contrast, builds an addictive meta-game out of the trappings of the sport of football. In the end, this actually ends up being as much fun as - if not more fun than - the actual football.

Between matches, you're charged with becoming master of your own career, all the way from the local leagues to the heights of the Premier League. To get there, you'll need to impress your peers and your boss by completing a bizarre selection of memory mini-games and spending your hard-earned cash on pointlessly flash consumables.

It might sound like an odd mish-mash but it works brilliantly, with each game mode feeding seamlessly into the others. And, frankly, if you're playing a football game where you can't save up and buy a fighter jet, then it isn't a proper reflection of this modern-day cultural 'phenomenon'. 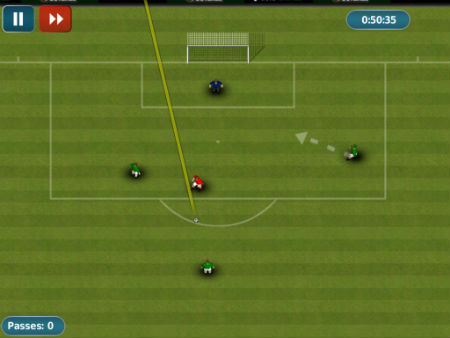 When we originally reviewed this game, we marked it down a bit for being "a game for football fanatics" and noted it was "incredibly tough". And while that might make for a mediocre score on an everyday review, it also makes for sure-fire inclusion on a list about football games.

In this footy-based game, you are in control of the tactics. So, you direct players around the pitch by drawing lines, passing around, and hopefully maintaining possession until you get close enough to the goal to try a shot.

Okay, so the players on the opposing team tend to act like Gareth Bale on performance-enhancing drugs while possessed by the guardian angel of football skills. But if you play it, it'll instantly mark you out as a dedicated fanatic. Who knows what people will think if you actually win! 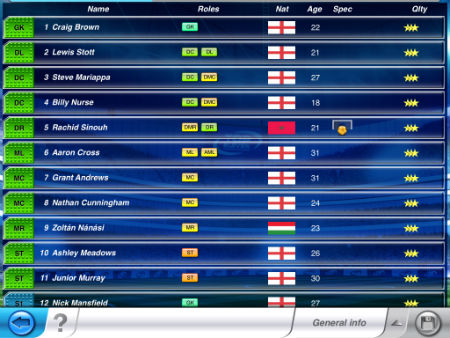 Social media games that have taken the long walk to mobile don't have a particularly happy history. But this particular football management game bucks the trend with considerable vigour.

Built on a long tradition of football management video games, Top Eleven carves out a niche in a relatively lightweight social corner with a special focus on finances, an aspect that's relatively ignored by many of its kin.

Unfortunately, it doesn't have any official licences, so there aren't any real-world clubs or players in the game. On the plus side, though, that means you can make up your own club and give it an appalling double entendre for a name. 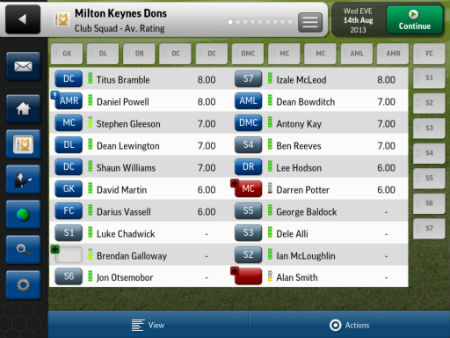 The last two games approach the tactical side of football from an extremely oblique angle. Yet you might expect that element of the game to blossom on the touchscreen platform.

The reason you don't see more titles in this genre on mobile, though, is because it's been totally owned by the Football Manager Handheld series.

What looks like a touch-friendly series of chunky buttons and menus hides a fiendishly detailed simulation of the world's favourite sport. It's simple enough to draw anyone in but detailed enough to play for months at a time.

It's also difficult unless you semi-cheat by picking a rich club. If you can take a conference team to the English top flight in this title, you should ditch your real-world job and apply to fill the next club managerial vacancy in the Premier League.

Want more? Check out our growing collection of FIFA 14 articles!