[Update] E3 2014: Entwined is a beautiful twin-stick love story you'll be able to play on your Vita

That may seem odd considering that Entwined was announced as a PlayStation exclusive. It seems that the exclusivity may be timed if what Keighley says is true, then.

If we get official confirmation from Pixel Opus regarding its arrival on iOS and Android, we'll let you know.

After filling the massive screens of its E3 conference with AAA titles, Sony announced an eye-catching smaller game called Entwined.

Created by a team of recent Carnegie Mellon graduates now in the Pixel Opus studio, Entwined follows a love story of a blue, origami-looking crane and a bright orange fish.

Players must navigate the pair of star-crossed lovers through levels using a separate analog stick to control each character. Levels will speed up as they become more challenging, so Entwined looks poised to test your coordination more than anything.

Also - apparently if you do well enough, you'll transform the bird and fish into a flying green dragon. 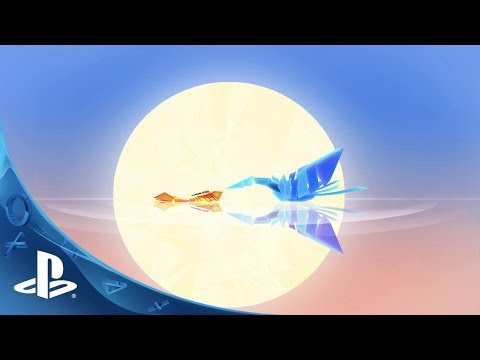 While Sony noted that a PS3 and PS Vita version would follow the PS4 release, it didn't provide any dates for when the Vita version might materialize.

We'll keep you updated as soon as we know more.

Are You A Dodo? for iOS will compare your intellect with animals' intellect on June 19th

Swim like a fish and glide like a bird in Entwined Challenge, now on iOS and Android