Rolling for initiative this holiday season

This year, we've learned it's best not to predict Atlus' next move.

Case in point, the publisher's latest announcement - it's bringing Phantom Compass' oddball pinball RPG Rollers of the Realm to the PS Vita, PS4, and PC this holiday season as a download-only title.

Those at or around GDC this year might be familiar with Rollers of the Realm, as it was a "Best in Play" winner at the Indiecade.

In Rollers of the Realm, boring old pinball tables are replaced with dynamic locations full of hidden secrets and objectives for players to find. 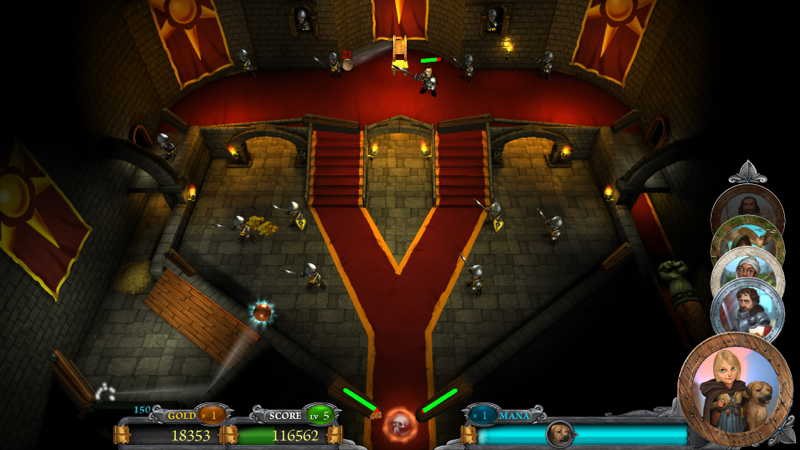 Stranger still, Rollers of the Realm replaces the familiar silver pinball with playable characters with their own attributes, special abilities, strengths, weaknesses, and physics.

Because it's an RPG at heart, Rollers of the Realm actually features a story we're told is nothing short of "epic" - and it even unfolds over the course of six chapters.

During these chapters, you'll learn about the compelling backstory of your pinball heroes and the personal agendas that've wrapped them up in the broader elements of the plot.

We have no idea how the item upgrades and boss fights will play out, but suffice it to say we're interested in this one.

If you are too, be sure to check back in here next week when we go hands-on with Rollers of the Realm at E3.