Cie Games's Racing Rivals is a multiplayer racing game with a difference.

In most online racing games, you see, you compete against opponents from around the globe for fame and a handful of cash.

In Racing Rivals, however, you compete against other budding racers for fame, fortune, and their most prized possession. Yep, their car.

Racing Rivals is packed with vehicles from some of the world's leading manufacturers, including McLaren, Dodge, Mitsubishi, Ford, BMW, and Subaru.

You can customise and tune your personal collection of cars with hundreds of authentic parts like air filters, crankshafts, and even NOS.

Racing Rivals features a variety of game modes, too. There's a team-based PvP mode called Turf Wars, for example, that tasks you with taking control of rival cities. You get rewarded here with custom cars, gems, and discounts on performance parts.

I recently sat down with Matt Nutt, the studio head over at Cie Games, to ask him some questions about Racing Rivals. Here's what he said... 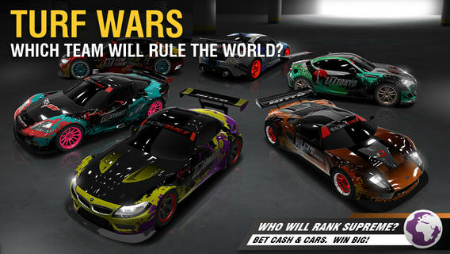 Pocket Gamer: Which games (if any) served as inspiration while you were developing Racing Rivals?

Matt Nutt: We've been making drag racing games since 2001 - Racing Rivals is our fourth title in this genre. Our last entry (in 2007) was a PC client F2P download title called 1320 Legends.

It featured live multiplayer; high stakes racing where players could bet using in-game currency or race for pink slips; and live game lobbies - all features that we think contribute to Racing Rivals's success on mobile in 2014 (and all things that very few Western game companies were doing back in 2007).

What features set Racing Rivals apart from other racing games on the App Store and Google Play?

While we loved titles like CSR Racing, we felt they were mostly isolated single-player experiences.

We knew from our previous titles that features like live multiplayer and live group lobbies made for much more engaging and communal play.

Of which part of Racing Rivals are you most proud and why?

I think we're most proud of the community that's embraced the game.

Racing Rivals is a live service game, so it's critical that we get ongoing and rapid feedback from fans on new features, events, and any issues that may crop up from time to time.

We've made some strides in this regard, but we know there's more we need to do and we're invested in working with our fans to help us shape the best racing sandbox on mobile. 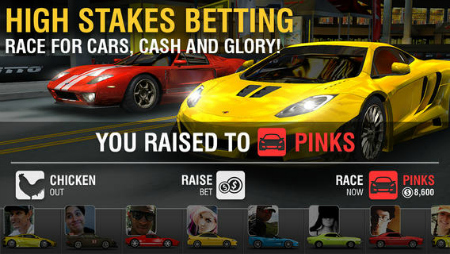 Do you plan to add new content to Racing Rivals via updates? If so, what content do you have planned?

We think we're about halfway through our roadmap for Racing Rivals, so we have a lot more in the works.

Plus, the ongoing feedback from our community will help shape the prioritisation of our updates.

Do you plan to release Racing Rivals on any other mobile platforms?

We're always evaluating new ways to reach mobile racing fans, but we have no firm plans for mobile at the moment.

We are also interested in releasing Racing Rivals on PC / Mac because of our legacy in making drag racing titles on those platforms. We'd like to bring the updated experience we've created for Racing Rivals back to the core fans of our earlier titles.

Racing Rivals is free to download with in-app purchases. Why did you choose this payment model?

Racing Rivals is like an MMO in that it's dependent on a large concurrent group of players to make the game lobbies feel lived in. We didn't want to suffer the 'empty world' problem, and we didn't want an upfront fee to limit players' access to the game.

In the same vein, we almost didn't want to gate gameplay with an energy system, which you see in a lot of titles.

Instead, we want players to race as much as they can in the live lobbies. It's one of the reasons why we're seeing average daily play times that run close to an hour.