Tough games have an addictive quality about them.

If you've ever played Super Hexagon or Pivvot on your smartphone or tablet, you'll know exactly what we mean.

If you're not careful (in both senses of the word), a quick 10-minute play session can easily turn into a 2-hour slog as you strive for a higher and higher score.

UK-based mobile publisher HyperBees has released one of these tough games. It's called Voxel Rush, and it's an endless racing title full of obstacles and hazards and plenty of opportunities to pull your own hair out.

Your aim in Voxel Rush, then, is to nab a high score that's impressive enough to use as bragging material against your friends and other players.

Voxel Rush allows you to control your acceleration, which is pretty uncommon for an endless-running title. Tilt your device forwards and you'll race towards hundreds (if not thousands) of large tower-like obstacles even faster than before.

To avoid (or at least attempt to avoid) these obstacles, you tilt your device from side to side. This may sound simple, but (naturally) it isn't.

The towers you face aren't always stationary, for example. They will often dart from one side of your screen to the other and back again.

Furthermore, the playing field on which you travel is strewn with power-ups (like invulnerability) and other goodies (such as extra points) that will often cause you to lose focus and barrel headlong into an otherwise-avoidable hazard. 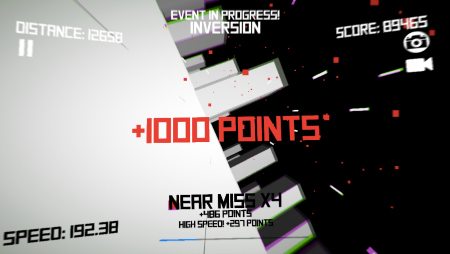 Voxel Rush was inspired by popular games like Gyro, Duet, and Race the Sun, as well as the abovementioned Pivvot and Super Hexagon - the last of which is the inspiration for Voxel Rush's beautiful and minimalistic visuals.

The HyperBees team believes that Voxel Rush stands out from other endless racing titles on the App Store and Google Play for three main reasons: unique gameplay, multiplayer capabilities, and exciting challenges.

Voxel Rush isn't just about who can travel the farthest, you see. It's about adrenaline rushes, pure skill, and aggressive racing.

The game rewards players who narrowly miss obstacles, for instance. This means players who survive for only two minutes can still nab more points if they are more daring than somebody who survives for 10 minutes.

Leaderboard implementation wasn't enough for HyperBees, so Voxel Rush has a full multiplayer mode in which you can compete against other players from around the world in head-to-head races for soft or hard currencies.

There are also centrally managed challenges and contests for all players on board, including a very interesting mode called Platforms Wars (a 48-hour-long event that allows iOS and Android gamers to face off against one another with live statistics).

The first edition of Platform Wars will take place in the middle of June.

The HyperBees team likes hearing from its fans, so will release more updates based on feedback (from players) for Voxel Rush down the line. 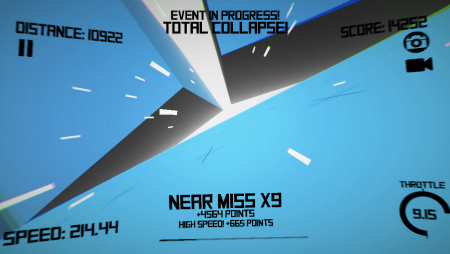 Voxel Rush was a "fantastic, exciting, and promising" single-player title when HypeBbees first starting working with its developer, Rafal Wilinski. Voxel Rush is now more of a multiplayer-focused title, however, and the HyperBees team is proud of this fact.

HyperBees has even created a live multiplayer version of the game for Android, which is live on Google Play. Voxel Rush is currently available to download from the App Store and Google Play, mind.

While the iOS and Android versions of Voxel Rush are the studio's focus, HyperBees is interested in releasing it on other platforms, such as PS Vita, Smart TVs, and the Amazon Fire TV.

Even though Voxel Rush is free, it isn't a pay-to-win game. So, you're unable to use any real money when competing directly with another player.

Voxel Rush is centred on multiplayer, which, per definition, requires multiple players. Naturally, it's easier to attract a large audience with a free product. HyperBees doesn't want to squeeze its players for cash, though. 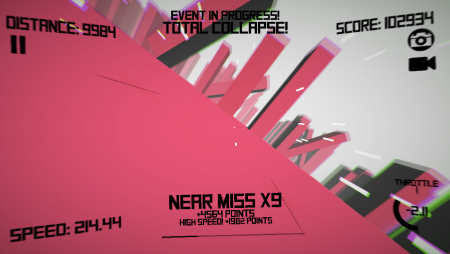 iOS vs. Android: Voxel Wars players challenged to race for their side in 48-hour competition

How to play as support in League of Legends: Wild Rift

How to play as a jungler in League of Legends: Wild Rift