I wouldn't want to be Qub from upcoming puzzler Twisty Planets.

This television-shaped alien is stuck on a bunch of tiny planets, fated to collect three stars on each one... forever. Well, until the 60 levels have been completed, at least.

Twisty Planets is inspired by games like Qbert and toys like the Rubik's Cube. Each planet is a cluster of cubes that you can spin and rotate with swipes.

However, you have to be careful not to change gravity in a way that would cause Qub to fall off. You do that, and you'll lose one of the stars you've collected.

You shouldn't rush any of the levels. Saying that, you will be rewarded for collecting all three stars and doing so in less than a minute. That's much easier said than done, mind. 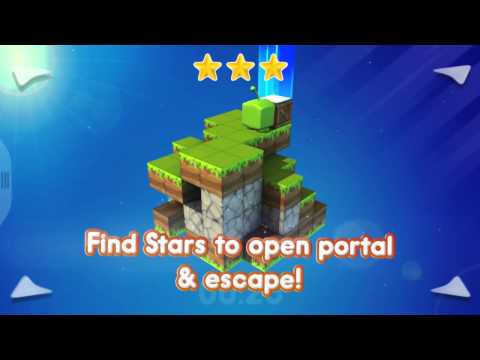 As expected, Twisty Planets grows in complexity, starting with gravity puzzles and ending up with portals, springs, and hidden items.

It's nothing too remarkable - you've probably played a game like this before. But Twisty Planets will confidently test your problem-solving skills.

It will be heading to iOS in June, and to Android shortly after that.

These puzzling planets will send your head spinning

These puzzling planets will send your head spinning