It doesn't add up

As you might have guessed, it's about growing and selling marijuana to anyone who knocks at the door of your grotty apartment.

The fact that Weed Firm is the Top Free game on iOS right now isn't what's most noteworthy here. No, it's the fact that the game is on the App Store at all.

You may recall that just last week we reported on a drug-dealing game called Go Kane! for Android going live on Google Play after it was rejected by Apple.

The question is: Why is Weed Firm (and similar games) allowed on the App Store and Go Kane! not?

There isn't a simple answer. 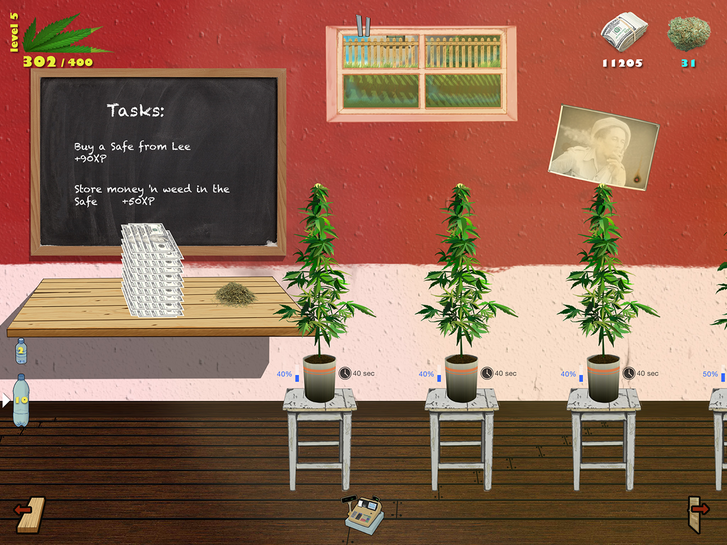 Upon rejecting Go Kane! from the App Store, Apple stated that the game had broken one of its rules.

That rule reads: "Apps must comply with all legal requirements in any location where they are made available to users. It is the developer's obligation to understand and conform to all local laws."

In other words, because Go Kane! involved dealing "illegal" drugs, it didn't allow the game onto its digital marketplace.

However, there's no specific drug named in Go Kane! Instead, words like "stash" and "powder" are used. The only mention of illegal drugs is simply in the words "illegal drugs". That was, presumably, enough for the rejection.

In Weed Firm, marijuana is the only drug you can grow and sell. Of course, the possession of marijuana is now legal in a few US states.

The selling of marijuana beyond medical use is illegal across most US states, mind. And it seems pretty clear that most of your clients in Weed Firm are buying it for recreational use. The exception is a nurse who says "I'm here for my medication" upon arrival. 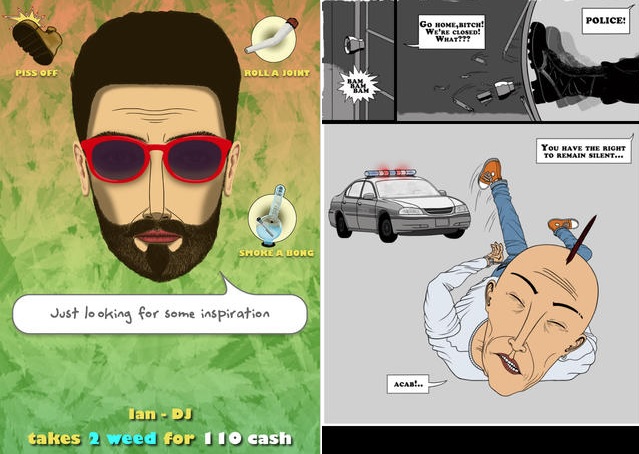 Even so, it certainly isn't legal to sell the marijuana in the quantities that you do in the game. Hence, it's possible to get arrested by the police (who are also your customers) in the game.

And that's just thinking in terms of marijuana legality in the US; not across the rest of the world.

Here in the UK - where Weed Firm has been the Top Free game for a number of days - it is illegal to possess marijuana in any form or quantity.

So, the reason that Apple gave for rejecting Go Kane! on the App Store has been ignored in the case of Weed Firm.

Oh, and let's not forget about, you know, the number of games that involve murder and other acts of illegal violence. Obviously, the rule wasn't applied to those, either.

There is one argument that could be raised in favour of Apple's decision to allow Weed Firm but reject Go Kane! That is, Weed Firm contains a notice at the beginning of the game from the developer.

It reads: "The creators of this game do not encourage the cultivation or use of cannabis. The plot of this game is solely a work of fiction and should be viewed only as such." 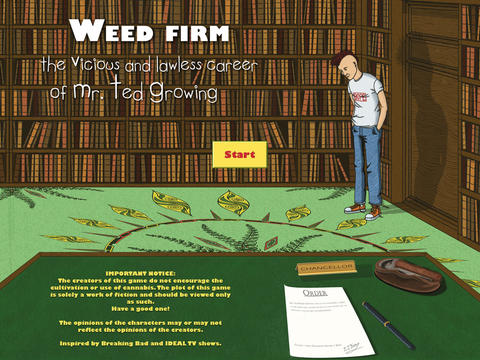 However, in theory, that surely isn't enough to bypass Apple's strict rules? Who knows, though.

Well, Apple does, for one. The developer of Weed Firm may do, too, perhaps. We've reached out to said dev about the matter and are yet to get a response. If we do get one, we'll update this article appropriately.

Lastly, just to make things more confusing, Go Kane! is available on Google Play, whereas Weed Firm has been pulled from it. Have a look here. See? Yep, Weed Firm is gone.

We think it's been pulled by Google rather than the developer, for it's available on Android through other means. But we're waiting for confirmation on that.

Still, this does appear to highlight the inconsistent or somewhat arbitrary nature of Apple's App Store policies. One rule is applied to one game and not to another.