We were blown away by the performance of the cheap-as-chips Moto G last year. Today, though, Motorola unveiled the even-cheaper Moto E, a phone that might just take over the world.

At £89, this dual-core Android smartphone is the second attempt by Motorola to prove that cheap doesn't have to mean, well, cheap. 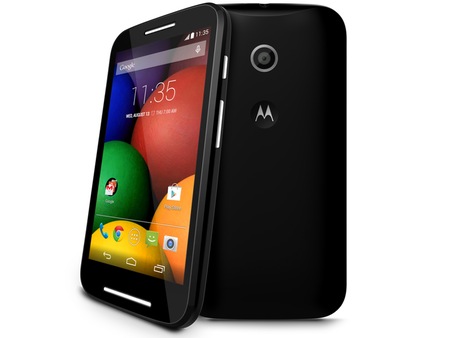 The Moto E also comes with a range of different rear covers and grip shells. The innards, meanwhile, have been splashed in a water-resistant nano coating to protect the phone from the occasional splash or spill.

I was able to give the Moto E a quick going-over at the launch event in London, and to run the AnTuTu X benchmarking app to see just how well the phone compares with more expensive models.

The Moto E's score was a fairly average 12,569, which is down on the Moto G. To give that some context, though, it's not far behind the Samsung Galaxy S3, a former flagship Android device. 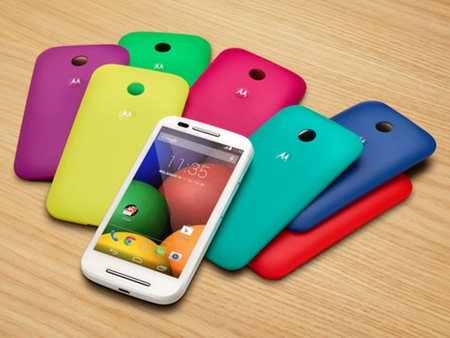 We'll have a review sample of the Moto E soon, so we'll be able to see if it's really capable of running intensive titles like Asphalt 8 or Dead Trigger 2.

First impressions suggest that the Moto E (running stock Android) is quick enough for all the ordinary phone tasks like loading the dialler, messaging app, or browsing the web.

And with O2 ready to offer the Moto E for just £80 (on pre-pay) when it goes on sale next week, that's still a lot of bang for your buck.

That said, with the Moto G retailing for around £100, it might be worth bagging one of those if you don't mind being restricted to 8GB of storage.

Motorola has also announced an updated Moto G with 4G and a memory card slot. The Moto G 4G will go on sale in the next few weeks with a retail price of £149.

If that's not enough, Motorola also told us to expect another take on the Moto G AND a successor to last year's Moto X (with a 5.2-inch display).