By Matthew Diener
| May 8, 2014
PS Vita
|
Senran Kagura Shinovi Versus

After months of teases, Xseed games has confirmed that it's localizing Senran Kagura Shinovi Versus for the PS Vita this fall.

What's more, while it'll primarily be a digital download Xseed also confirmed that Shinovi Versus will receive a special "Let's Get Physical" retail release.

This limited edition will contain a soundtrack CD and something called a "Shinobi Syllabus", which contains profiles of the shinobi students, gameplay strategies, and plenty of illustrations.

Shinovi Versus is set immediately after the events of last fall's Silver Award-winning Senran Kagura Burst for the 3DS and it sticks to many of Burst's main plot points. 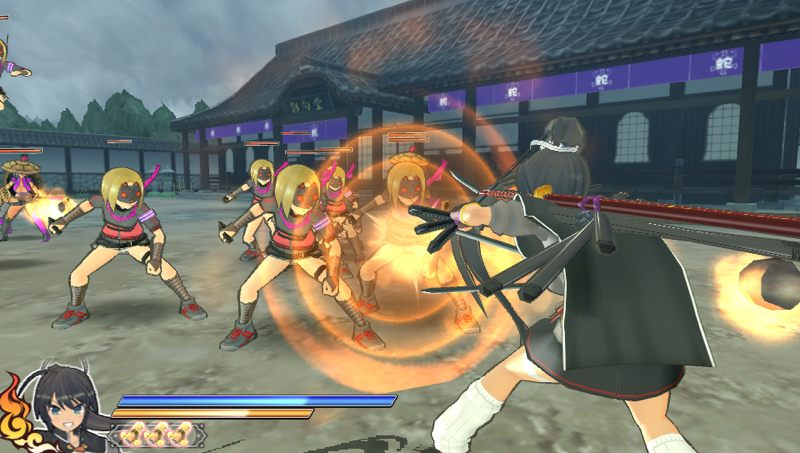 But the gameplay in Shinovi Versus is grander in scale, and it plays more like a Dynasty Warriors title than a side-scrolling arcade brawler.

Also, there's two whole new teams of Ninja girls to worry about - as if the Hanzo girls didn't have enough trouble with the Hebijo girls from Burst, they must also now handle students from the Gessen Girls' Academy and some new evil recruits as well.

Because of this, players now have 20 unique shinobi characters to master - and they can take to online play with up to three other players to see who's the best ninja of them all.

We don't have a specific release date for Senran Kagura Shinovi Versus just yet, but we can confirm that it'll feature the original Japanese voice track coupled with English subtitles.