Angry Birds Go! has been updated with some frozen tracks and new challenges for iOS, Android, and Windows Phone 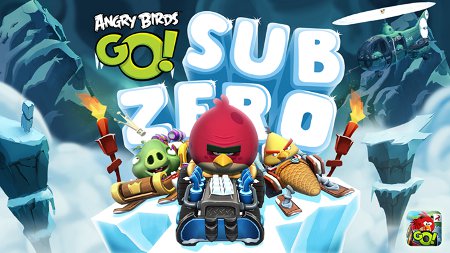 They appear to introduce some sort of snowmobile based transports for the birds and pigs to drive about.

The promotional picture released to coincide with these new levels also suggests a helicopter might be involved. Whether or not you have to 'get' to this 'chopper' remains to be seen.

Rovio will update Angry Birds Go! with multiplayer in spring 2014