It's a trait that FreeDum, a game all about rescuing bugs, shares.

You are Dum, a googly-eyed ladybird forced to run the gauntlet through a number of deadly obstacle courses set up by a cruel child.

Viewing the action from above, you must guide Dum to each level exit simply by tapping wherever you want him to go. There are plenty of moving spikes, spinning razor blades, and patrolling beetles to avoid.

Failing to do so results in a bloody mess that seems quite at odds with the blandly cartoony art style and chirpy music. 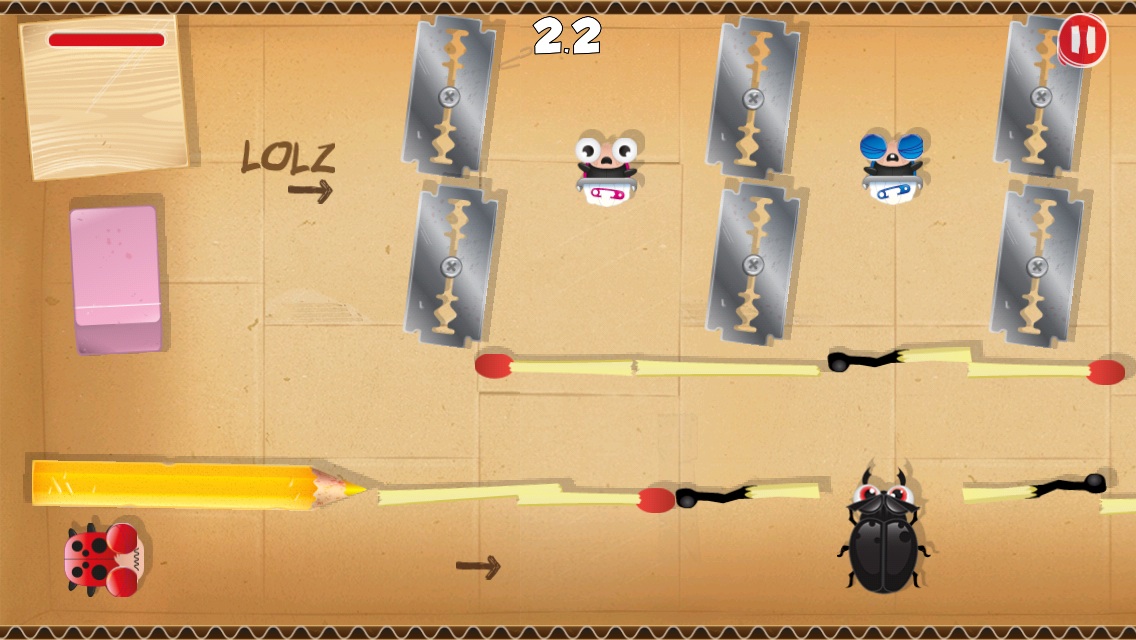 Don't even bother trying to save these saplings

Still, making your way straight to the level exit isn't the main challenge here. That would be the collecting of all three baby ladybirds that have been dotted around each level, usually in the least accessible spots.

Some of the timing required to nip through the smallest of gaps is extremely exacting. You have a dash move, activated by double-tapping, but that often seems insufficient.

The controls in FreeDum are just too imprecise, particularly on an iPhone. Where pinpoint accuracy is often required, these controls are decidedly hit and miss. 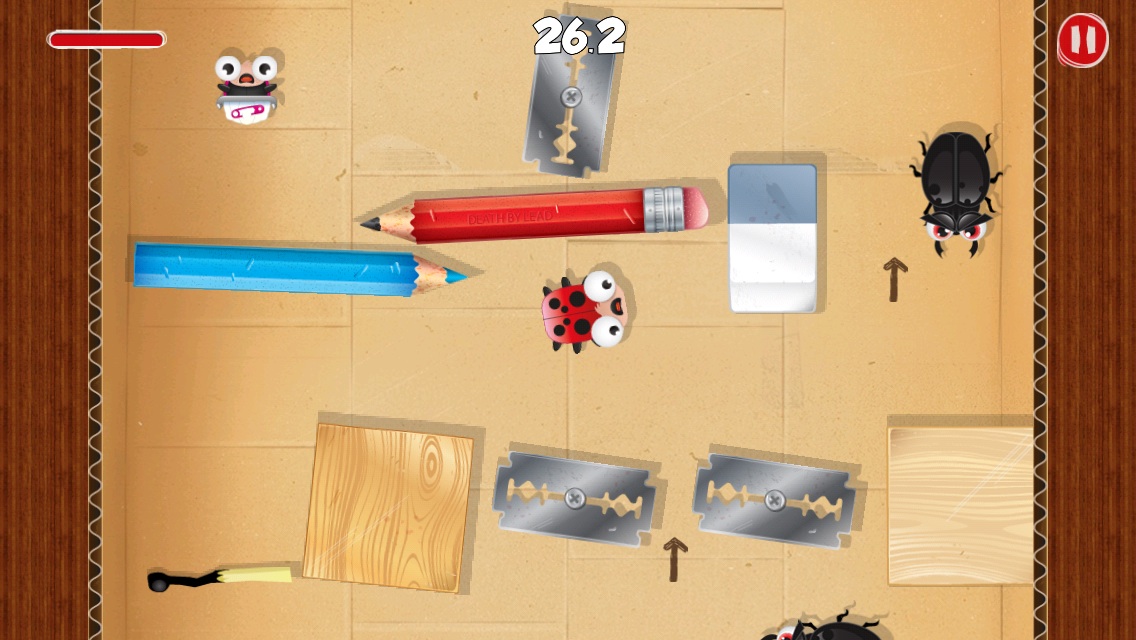 Don't worry, these obstacles are stationary

There are also far too many occasions where you'll snag on a piece of level furniture, with a complete lack of path-finding abilities on Dum's part. Dum might be looking out for a bunch of babies, but it's you that feels like the nanny.

But the main problem here is deeper. FreeDum is so blandly forgettable that I actually struggled to remember what it was and how it played when I returned to it after a night's sleep.

FreeDum is just too plain, too derivative, and too irritating to compete for your affections.

A bland casual puzzler with an irritatingly imprecise control system, FreeDum would seriously bug you if it wasn't so instantly forgettable
By Jon Mundy
| Apr 24, 2014 |
iOS + Android
Find out more about FreeDum