An Android edition is in the works, too (Update: iPad edition out May 1st)

Updated on April 24th, at 7:50: Amanita Design has posted a trailer for the iPad edition of Botanicula, and revealed the exact release date. It's out next week, on May 1st.

Subscribe to Pocket Gamer on
Machinarium maker Amanita Design has confirmed that its surreal organic adventure game Botanicula should be available on iPad in early May. An Android edition of the game is also in the works.

The game follows a band of botanical creatures - including a twig, a mushroom, and a feather - as they work to save the last seed of their home tree from evil parasitic nasties.

You'll wander inside tree stumps, up winding branches, and into mushroom villages, solving tricky point-and-click puzzles for the weird citizens of this twee hedgerow universe. 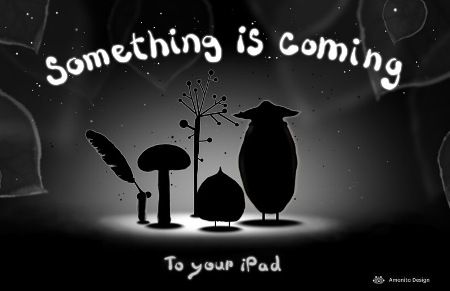 It's basically the 100 percent organic version of rust bucket robot saga Machinarium, which we called "a splendid little point-and-click adventure bolstered by a truly artful sense of character, storytelling, and world design."

Czech Republic-based Amanita is also working on a third entry in its Samorost series. But you probably won't see that one on iOS and Android until 2015.