The guys behind Rolando strike back 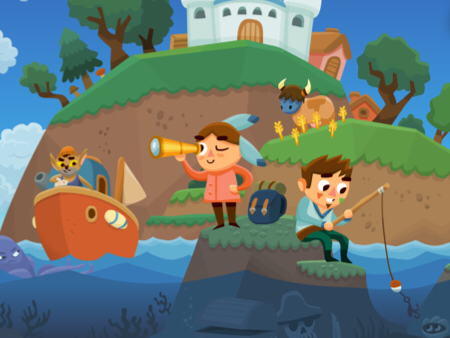 Seabeard is an epic adventure about sailing around a chunky Play-Doh archipelago, completing quests and slaying monsters. It boasts different tribes, different villages, a vast trading network, and a cast of heroes to recruit.

It's huge, so any description of what you actually do here just degenerates into an unwieldy list of verbs. Even with all that, though, it somehow manages to feel intimate and cosy.

Maybe it's because you learn the layout of the world to create efficient trade routes. Or perhaps because it's the way that the island inhabitants have their own little routines. 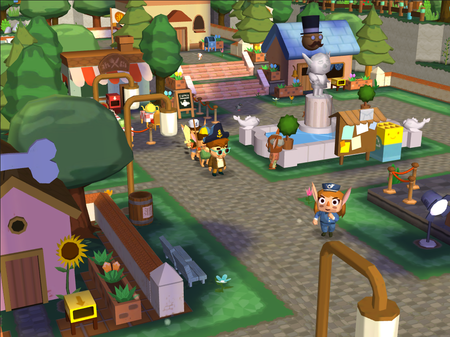 All of that, according to developer Simon Oliver, is about making the world "feel really intimate and knowable and like a real place in your pocket".

"Originally, we were going to have a thousand procedurally generated islands. But the trouble is that the islands just feel really impersonal, and not some place you'd get to know."

Instead, there's a handful of hand-crafted islands in Seabeard, all carefully created by ex-Media Molecule (Tearaway) designer Mark Stephenson.

If this all sounds a bit like Animal Crossing, you'd be right. And Oliver says he admires Nintendo's bizarre zoological soap opera for providing "that sense of intimacy, and that sense of having a real world with characters that you know".

Also, he hopes that players will develop their own routes and routines like they do in Animal Crossing. But that's even more important in Seabeard because of the daily fuel allowance.

Finding really efficient routes will mean you use less petrol in your boat. In turn, you'll get more out of the game without paying. 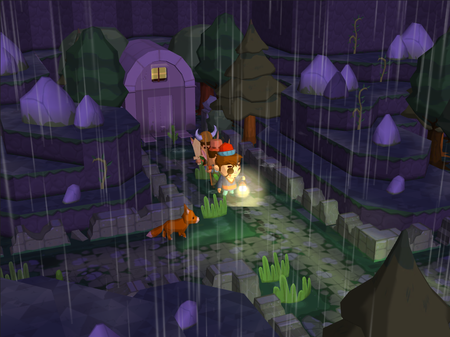 In fact, there are a few interesting ideas here when it comes to money.

When you sail between islands, for instance, you get to play a mini-game where you catch fish or feed sea animals or rescue shipwrecked people. Or you can just expedite the process by using more fuel.

In some games, you'd be forced to watch a wait timer tick down or pay money. In Seabeard, however, the idea of spending cash (by boosting your fuel allowance, in this case) seems to just be designed for people with less time to spare.

There will still be hours-long wait timers you can rush, two types of currency to buy, ways to skip quests, and paid-only items. So, we'll see how generous the game really is at review. But Oliver insists that players won't feel a need to spend until they're truly invested in the world. 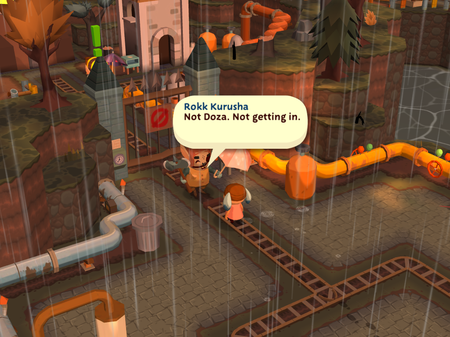 Everything you do in Seabeard will be tied to one of two overarching themes: trading and adventure. Trading has you exploring islands; finding, extracting, and crafting items; and then bringing them back to your home island to sell.

On the adventure side, you'll be travelling from island to island, completing quests for people. That might involve finding an item, taking a photo of a fish, feeding some cows, running an impromptu taxi service, or capturing a fugitive.

There are essentially an infinite number of quests to undertake, thanks to a procedural system that constantly generates chores. There's also a main string of quests, with a cute pre-written narrative. 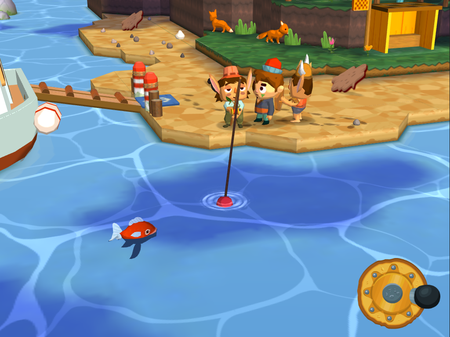 There are loads of activities. Instead of buying a fishing rod or a shovel or a sword, though, you hire bobble-head crew members to perform such tasks. A fisherwoman catches fish, an archaeologist digs for loot, and a warrior lets you do battle with gnomes.

These crew members, as well as pets, can work in teams, so you might want to hire a warrior and an archaeologist before you explore a monster-filled tomb. Or you might want to use a dog to sniff out excavation spots for your miner.

Plus, you can customise all of your pals with hats and clothes and accessories. You can customise your boat and your home island, too. Your village will be open to other players, and you can even make a best friend's island appear as a destination on your world map. 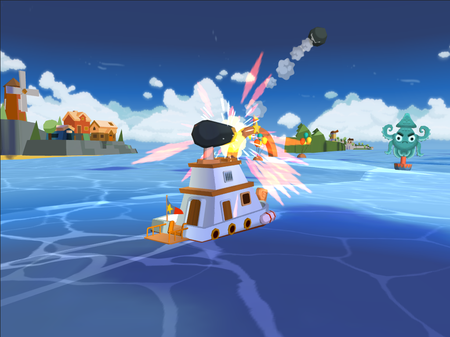 Anyone who was playing iOS games within the first few months of the App Store's grand opening will recognise the developer behind Seabeard. It's London-based studio HandCircus, who was responsible for the slightly surreal platformer Rolando.

"It was nice being there right at the beginning," Oliver says. "It was an interesting time, and no one really knew what kind of games were going to come from it. It really was just a totally blank canvas."

After two games, though, the Rolando franchise was no more. Apple had changed its rules to facilitate in-app purchases in free games, and Rolando publisher ngmoco decided to focus its efforts solely on free-to-play games.

"I was, like, I have no idea how to make a free-to-play game," Oliver admits. "So, at that stage we parted ways."

But now, some five years later and after making Okabu on PS3 (which exists in the same twee universe as Seabeard), HandCircus is back on mobile. And, perhaps ironically, it's using the exact same business model that forced it out of iOS. 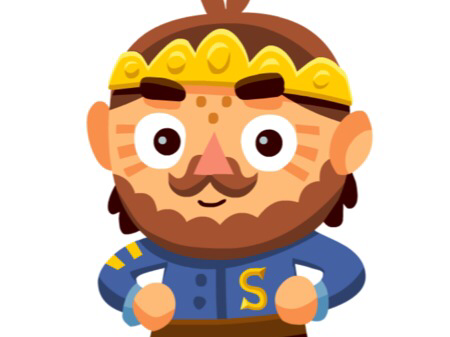 Oliver reckons, though, that he's figured out 'free'.

"Looking at genres like MMOs and exploring how games can provide players with fun over such a long period of time really helped guide us in the early stages of our first steps in free-to-play," he says.

"We began getting really interested in the opportunities of creating a live game - what could we do with the world that we created for Okabu, that would allow us to create something living and breathing?

Oliver explains that Seabeard "was born out of trying to explore that space. And it was the first time that I felt confident that we could create a free-to-play game that delivers the kind of experience we want players to have with our games."

We'll know for sure in the summer, for that's when Seabeard will set sail on iPhone and iPad.