In order to decide whether you'll enjoy Conception II, you need to take a look at modern, pre-Attack on Titan anime.

Are you okay with a predictable but satisfying story tarted up like a by-the-numbers harem comedy - complete with all the sexy cliches and jiggling bosoms that such a trope entails?

Are you also okay with randomly generated dungeons that add a challenging, roguelike element to a bright and highly customisable turn-based JRPG?

If so, send out the birth announcements - Conception II is the game for you. 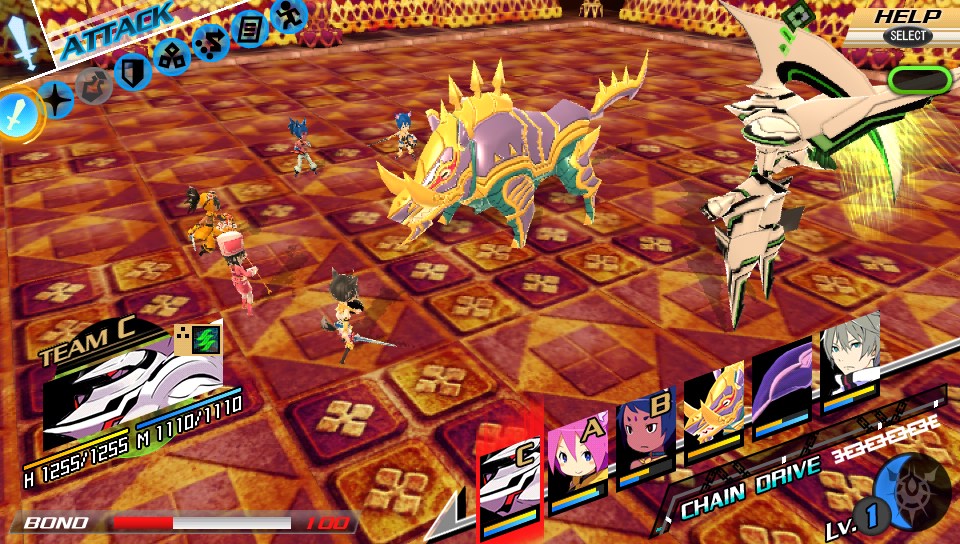 Also, you should probably be ok with giant robots attacking demon boars

In terms of core mechanics, Conception II is about as fundamental a JRPG experience as you can hope for.

You play as a (mostly) mute male protagonist in an academy for gifted youths and can team up with one of seven female students to explore sin-themed dungeons that appear as the plot progresses.

While you don't have any say in your hero or the seven heroines' default class or choice in weapons, Conception II offers a novel take on the traditional job system - you can recruit Star Children by "Classmating" with the heroines.

You don't actually have sex with them, but you do watch the silhouettes of their recumbent, nude forms moving suggestively as the background vocals softly intone, "I just wanna make love to youuuuu." 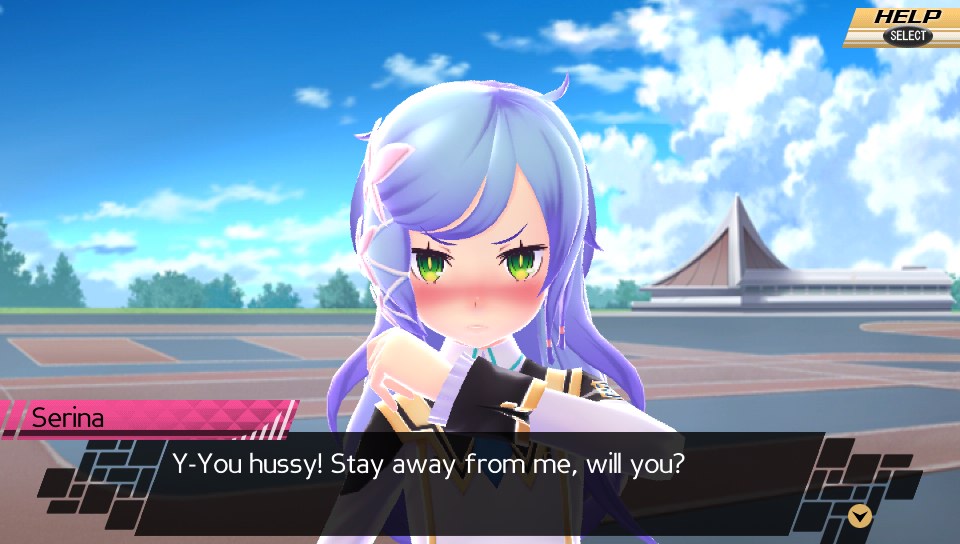 But it's not sex... it's Classmating!

While puerile in its presentation, Classmating is actually an extremely clever mechanic for Conception II to build its gameplay around.

To master Classmating, you'll need to form and develop social bonds with the heroines and do everything in your power to understand each one - and her interests - better. As your bonds improve, so too will the stats, jobs, and all around efficacy of the Star Children you produce.

These atypical tykes fight alongside you in combat, formed into teams of three that you can edit as freely as you'd like.

Teams of multiple melee characters will deliver more of a punch in combat, while a support team with a Cleric, Bard, and Magician will be invaluable at keeping your other characters in the fight.

Each battle in Conception II is fast-paced and fun, with a clever positioning system running hidden underneath the menu-based combat.

You'll do more damage if you position yourself to attack an enemy from its weak side, but attacks to stronger sides will build up a Chain Gauge which can turn the tide of a battle as it locks the enemy down for a few turns. 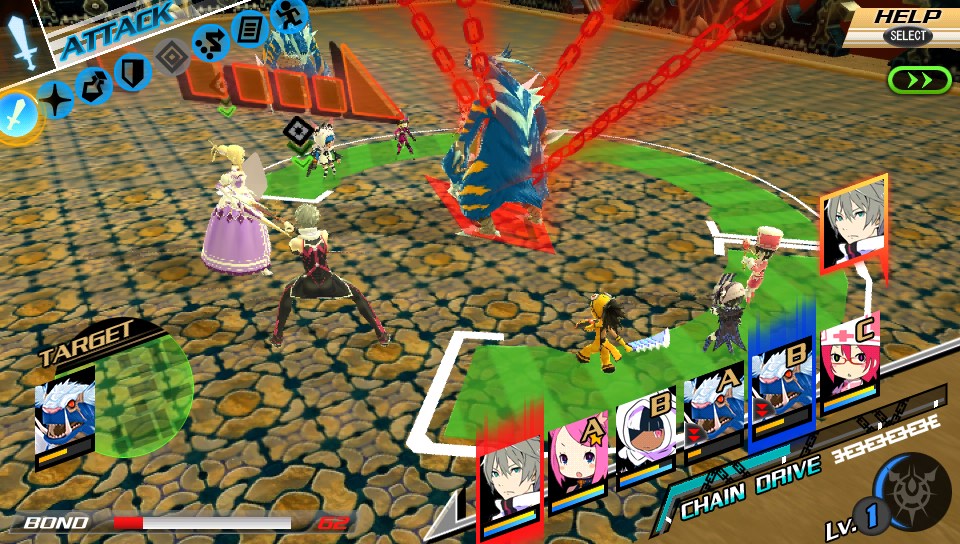 For every point in Conception II's favour, there's a pair of jiggling, heaving issues in the room that need to be addressed - this game loves it some fan service, and it's not afraid to smack you over the head with it.

Your hero is quite literally God's Gift to women, and all seven of Conception II's female protagonists eventually fall to his advances and begin to enjoy the awkwardness of Classmating in spite of themselves.

With all this out in the open, it'd be easy to view Conception II as a sexist game from a Western perspective - but that not only risks cultural chauvinism, it also robs Conception II of its brightest feature: its completely earnest, gloriously immature, humour and charm.

Sure, its plot is nothing to write home about, and each of the seven heroines maps out neatly to a stereotypical anime personality type - from the tsundere that you meet after accidentally copping a feel on her in the library to the large-chested dojikko with a heart of gold - but all that only increases the allure of Conception II for its target audience.

And, hey, it even offers you the chance to Classmate with male characters through "Classmanting" - giving yaoi fans something to look forward to as they play through the early chapters. 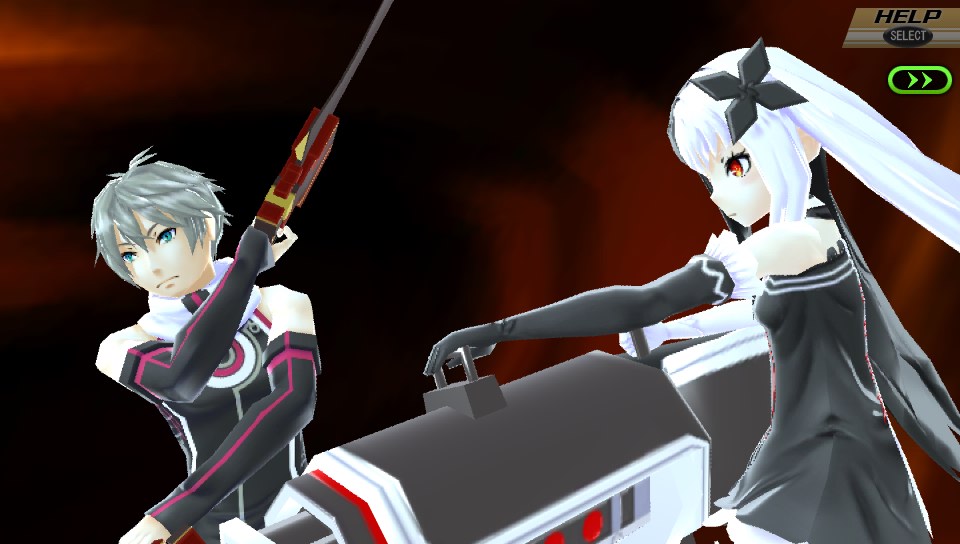 A girl with a Gatling gun in battle lingerie. Or, Conception II in single screenshot

All of this combines to make Conception II the sort of game that won't win over many new players, but will certainly please the Atlus and Spike Chunsoft faithful.

While the constant sexual references and thinly veiled innuendos might turn off some potential players, Conception II delivers an excellent, deep JRPG experience that feels perfectly suited to handheld play.

The music and graphics are both top-notch, battles remain exciting and challenging no matter how long you spend slogging through a given dungeon, and there's no end to the customisation as you build up your Star Children.

So let down your hair and get ready to indulge your teenage sense of humour again - Conception II has a lot of excellent gameplay to offer.

An unabashed celebration of modern otaku culture, Conception II is a dungeon-crawler that hits a just-right balance of silly and enjoyable if you don't take it too seriously
By Matthew Diener
| Apr 15, 2014 |
PS Vita + 3DS
Find out more about Conception II