Which is why there's a twinge of excitement in my voice when I ask to see the Vita version of the blocky, flippy shooter.

I'm crammed down the Leftfield Collection aisle at Rezzed, perched on a small, egg timer-shaped stool that I'm pretty sure is going to buckle beneath me at any second. 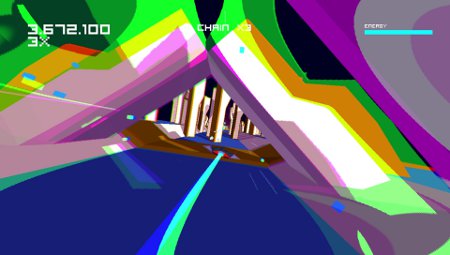 It's possible that my perilous battle with gravity and plastic shines through in my play. I am abjectly useless at the game, ploughing into walls, running out of energy, and generally embarrassing myself in front of Mauro Fanelli, half of the two-man team behind the game.

He seems as excited about showing the game off as I am to be playing it, waxing lyrical about Sony's support in turning the Vita version of the game into a reality.

It's an impressive reality too, and when Mauro takes over the controls the possibilities of fast-paced action really become obvious.

In some ways the handheld version is kinder than its mobile counterpart, but it offers far more opportunities for masochism. Pushing down on the R shoulder button gives you a speed boost, and you'll need to master the new technique to get the highest scores on the 50-plus levels.

The controls are well-weighted and give your silver rocket a real heft. It feels much more like a physical object you're manipulating through a tightly packed, tightly paced maze than it did in the vaguely flappy iOS version. 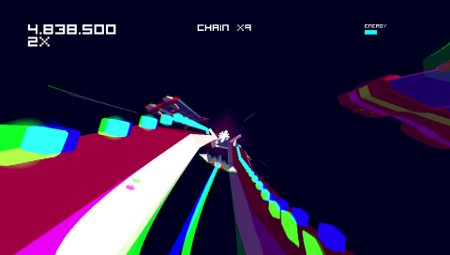 The challenge is meatier too, with three medals to win on each level for finishing within a set time, with a set combo, and without dying. It's fair to say I fail at these at each attempt.

But with each failure I feel like I'm getting to grips with my space ship a little more, learning the risks I can take, and seeing how far I can push things before they end in explosions.

Tapping Square flips your craft around, allowing you to chain together strings of cubes that would otherwise be impossible. As with the iOS version, once the cubes are cleared you shoot the exposed core to move on.

Mauro talks of more expansive levels in the final version. There'll be exploration, and a wider scope than the bite-size iPhone and iPad version had to offer.

Futuridium EP is a game that he's proud of, and that pride shines through as he darts through a level, cleaning out the blocks with a precision that speaks of hours put in. 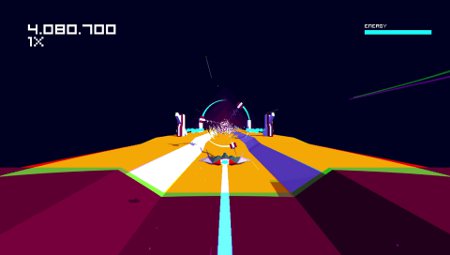 I didn't fall off my chair, in case you were wondering, which is probably for the best, because I'm pretty sure I'd have brought the entire indie alley crashing down with me.

Futuridium EP, much like my amazing chair-sitting abilities, is all about balance.

Where the iOS version didn't quite manage to find the right pose to strike, it feels like it might have found a comfortable groove on PSN.

Futuridium EP Deluxe creators on how this Vita version is 'a massive upgrade... in every respect'