HTC's new flagship One phone has a 5-inch display, dual cameras, and a microSD card slot

HTC has finally taken the wraps off its new HTC One (M8) flagship smartphone at a launch event in New York.

To look at HTC's new blower, you probably won't immediately see the improvements HTC has made over last year's Gold Award-winning HTC One. It still has the brushed metal look, for one.

But look closer and you'll see the screen on this new HTC One is a little larger than its predecessor's. It's a 5-inch 1080p screen, in fact.

HTC has also seen fit to (finally!) add a microSD card slot in the HTC One (M8).

More exciting than that perhaps, though, is the new dual-camera system. This enables users to refocus their images AFTER taking a shot. 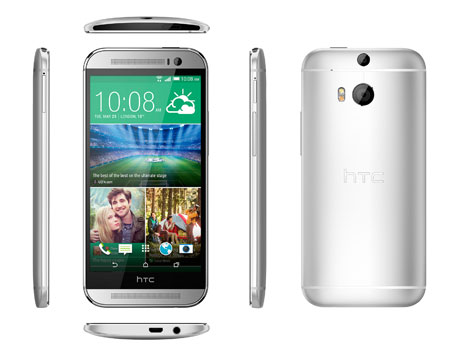 We'll have our hands-on impressions of the HTC One (M8) up on the site shortly.

As for availability, the HTC One (M8) will be sold by 230 carriers in more than 100 countries. By the end of April, customers in Australia, Taiwan, Germany, France, and China will be able to pick one up.

And the US, UK, and Canada? Well, citizens from those three countries can order the device from Three, Vodafone, AT&T, Sprint, Verizon, Rogers, Bell, and Telus today. Verizon, Three, and Vodafone customers can actually go and pick one up right now. Lucky blighters.

The lovable rodent is back

Hands-on with the One (M8), HTC's new flagship smartphone