The 16th Annual Independent Games Festival awards were handed out last night. And, as luck would have it, almost every winner is available on or will be heading to mobiles and Vitas and other devices we write about.

Papers, Please creator Lucas Pope previously told Pocket Gamer that he would like to see Papers, Please on iPad - provided his confronting game gets past Apple's approvals team. He also intends to launch the game on PS Vita.

The Excellence in Visual Art award went to Gorogoa, a surreal puzzle game about re-arranging tiles that are also windows into different worlds. Gorogoa designer and illustrator Jason Robert told PG that he plans to port it to mobile platforms eventually. 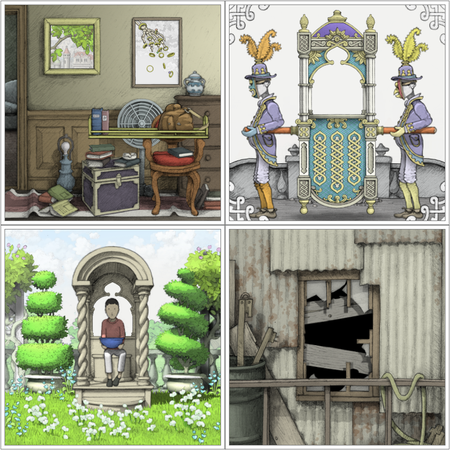 Last but not least, The Stanley Parable won the Audience Award. Alas, you can't get that on any of the platforms we cover, so we literally don't care about this hilarious and wicked smart satire of video game tropes. It might as well not exist.