The app can connect to any version of the game - whether you're on PS3, PS4, Xbox 360, or Xbox One - and, in iDROID mode, provide a handy support terminal to display overhead maps and call in choppers.

There's also bizarre base-building sim Mother Base, where you build a base, recruit an army, and dispatch troops to battlefields around the globe. It's like a cross between Kenway's Fleet in Assassin's Creed 4 and a free-to-play city builder. 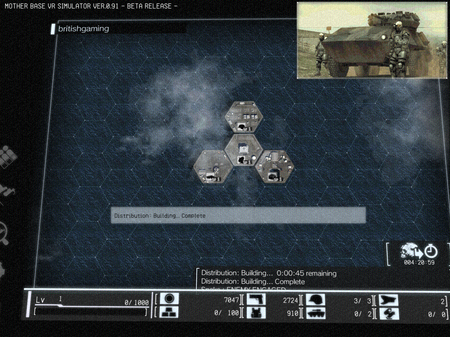 The app also lets you listen to any audio track from the main game (provided you've finished the story in iDROID mode), and supplies some news and stats on the game in the data portal.

You can get the companion app now on iOS or Android. Ground Zeroes, which acts as a glorified tech demo for MGS V: The Phantom Pain, is out now in the US and will sneak into Europe on Thursday.

How to maximise the amount of Coins and Crystals you get from each race in Angry Birds Go!