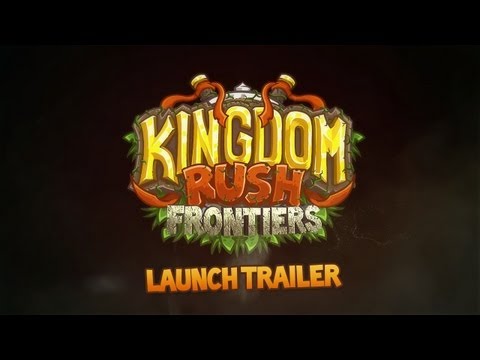 Did you want to spend your weekend defending your kingdom from monstrous invaders and beating said invaders back with ever-more powerful towers and giant stompy heroes?

Well, you're in luck. That's because Kingdom Rush and Kingdom Rush: Frontiers are on sale right now for just 69p / 99c apiece.

When we reviewed Kingdom Rush, we gave it a Gold Award and said that it "breathes new life into the tower defence genre, and has a whole lot of laughs doing it".

And when we reviewed Kingdom Rush Frontiers, we gave it a Silver Award and called it "just as polished and poised as you'd expect".

Fight them on the beaches in the upcoming Rising Tides update