Don't rule out an F2P game from Fireproof in the future

Our sister site PocketGamer.biz has been speaking with Barry Meade, co-founder and director of The Room developer Fireproof Studios.

In the soon-to-be-published full interview, Meade was keen to point out that Fireproof Studios would never rule out releasing a free-to-play title.

Meade did stress, though, that gameplay would dictate the model rather than the desire to make more money.

"I think Fireproof would let the game decide the model - if we came up with a cool idea that played like a free-to-play game, we would probably make it free-to-play," Meade said.

"For the moment, we want to make more immersive games, and so paid just makes more sense. To us, what's important is that the model supports the game, not the reverse." 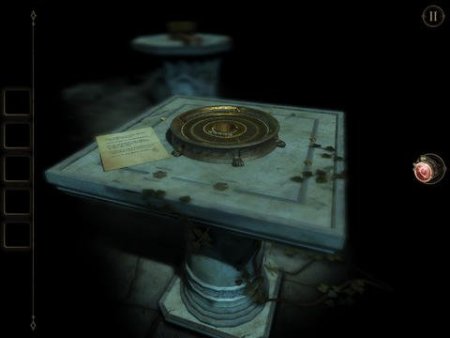 According to Meade, the insatiable desire for profit on the part of many mobile gaming devs is halting progress. Meade strongly believes that creating an excellent product is the secret to a healthy bottom line.

"Make something entertaining and better than your competition, and people will give you money instead of them. If you know nothing else about the market but that, you can still build a business."

Fireproof Studio's most recent release is the PG Gold Award-winning mystery puzzler The Room 2, the sequel to the BAFTA-winning The Room.

The Room 2 is available for purchase right now from the App Store [buy] and from Google Play [buy]. Be sure to keep an eye on our sister site PocketGamer.biz for the full interview with Meade later this week.