Climb to the top

What happens when Nintendo decides to make a crossover game from two of its biggest franchises?

Well, we're about to find out.

Super Smash Bros designer Masahrio Sakurai has posted another screenshot in the Miiverse Director's Room today, revealing a new stage for the 3DS version of the game.

Can you guess what it is? Take a look at the image below. 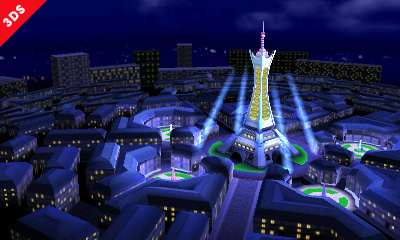 That's right: it's Lumiose City from Pokemon X and Y.

According to Sakurai, you'll be able to fight at the top of The Prism Tower in Super Smash Bros for 3DS.

This follows on from the recent announcement that Tortimer Island from Animal Crossing will form the backdrop to a stage in Super Smash Bros.

We still don't know when Super Smash Bros will be available on 3DS. But we must be getting close now. We'll keep an ear out for you.