Back of the net

Do you love football?

If you stand in the cold at Anfield every weekend and chant 'You'll Never Walk Alone' until your throat hurts, or sit in Stamford Bridge's Matthew Harding Stand scoffing cheap pies in the damp, there's a very good chance you love football.

And if you love football, there's a very good chance that you'd give pretty much anything for the opportunity to manage a team full of the world's best players.

Thanks to Actozsoft's upcoming iOS and Android title One For Eleven, you'll soon be able to do just that.

One For Eleven is a football management sim in which you're allowed to manage and coach a team of officially licensed real-world players, including Luis Suárez, Cristiano Ronaldo, and the unstoppable Lionel Messi.

Every footy superstar in One For Eleven is based on his real-life counterpart and accurate real-world statistics (tackling, marking, heading, etc.), so you can compete with other gamers from around the globe using realistic strategies and your own unique style.

As the manager of your very own team, you have to train your players. One For Eleven features multiple training modes that enable you to focus on offensive, defensive, and physical elements.

You can also talk to your players to increase team chemistry and use the skills of your real-world buddies to improve your team management. 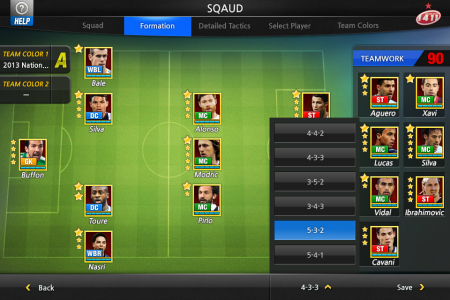 Naturally, if any of your players is still underachieving after you've trained him to the best of your ability, you're able to ship him out to another club and draft in a more talented replacement that will hopefully help you bag some silverware.

Unlike a lot of football management sims, though, signing a new player isn't a complete gamble in One For Eleven. In fact, there are multiple ways to increase your chances of unearthing a diamond in the rough and signing a true talent.

You can send your club scouts on a mission around Europe, South America, and the rest of the wider world in search of quality players, for example, or host competitive try-outs that really allow you to separate the footballing wheat from the chaff. 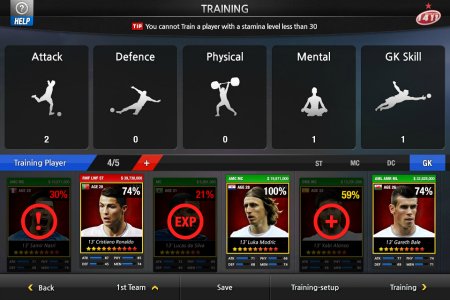 Football is all about winning matches. In order to win matches, you need complete control over your team, which - luckily enough - is just what you have in One For Eleven.

On match day, you can tweak your team's formation so your players line up exactly how you want them to, and set tactics for individual players or your team as a whole.

You can tell your team to attack down the middle rather than on the wings, for instance, or instruct your team to play with a high defensive line and crank their attack speed right up to catch teams on the counter-attack. 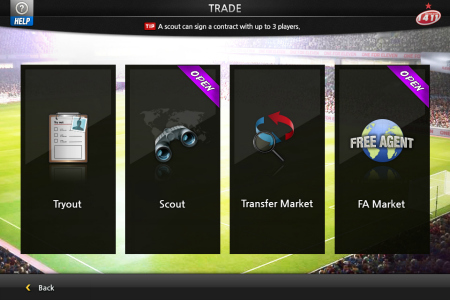 You can watch your players follow your orders in Live Broadcast mode. Here, you get a top-down view of the pitch and can see all 22 active players (represented by small circles) moving around.

Or you can follow the action in Text Broadcast mode, which is similar to the live text coverage you've no doubt seen on the BBC Sport website.

Either way, the tactical changes that you make during a game affect matters in real time. 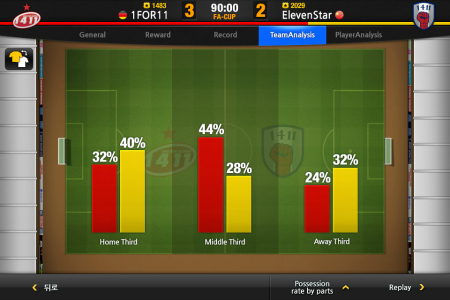 One For Eleven features plenty of other interesting elements, including special real-time events that happen even when you're offline and away from your team. These often involve the media or the fans of your club, and can result in nasty accidents and injuries.

Another great feature allows you to loan players to your mates' teams.

One For Eleven will be available to download from the App Store and Google Play in April. Don't forget to head on over to the official One For Eleven Facebook fanpage while you wait for the game to go live. 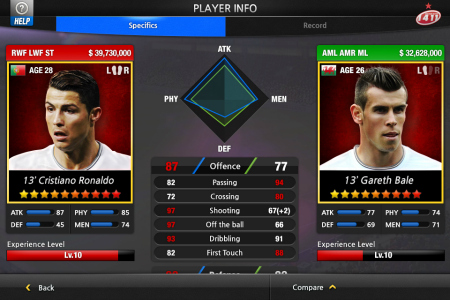