You see, it features a mixture of old and new gameplay mechanics.

In Pixel Hunter, you take on the role of a brave 8-bit hunter who's had his favourite stash of weapons stolen from him by a gang of nefarious animals. 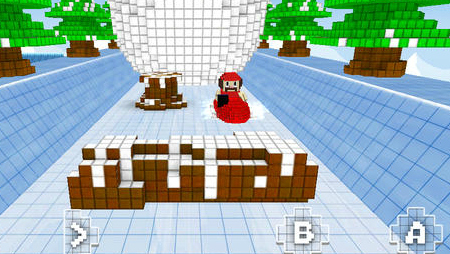 Your mission, then, is to reclaim your treasured arsenal. How so? Well, by travelling through five themed worlds (Forest, Arctic, Mountain, Volcano, Beach) that are filled to bursting point with birds, fish, and plenty of other critters that are out to get you.

Luckily, you can take three hits before you keel over and give up. Each time you're hit by an enemy, you'll lose an item of clothing, starting with your trusty red hat.

If you do perish, though, fear not: you have multiple lives, so you can always have another try.

You control your muscular avatar via four retro-style on-screen buttons: two arrow-shaped buttons move him left or right. Another two round buttons cause him to jump or shoot. 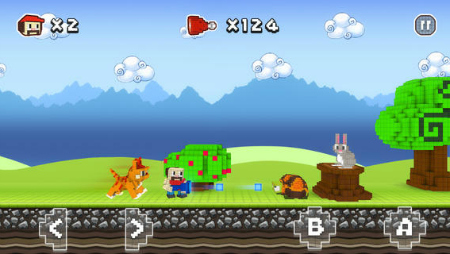 According to Lemondo Entertainment co-founder and products director George Otiashvili, Pixel Hunter was inspired by classic platformers and side-scrolling shooters from the '80s, such as Nintendo's Super Mario Bros. and the infamously difficult Mega Man series.

Pixel Hunter isn't a carbon copy of these games, mind.

This is because Pixel Hunter is stuffed full of unlockable weapons, rich worlds with unique soundtracks, and huge boss battles. It also features a blend of different gameplay mechanics. 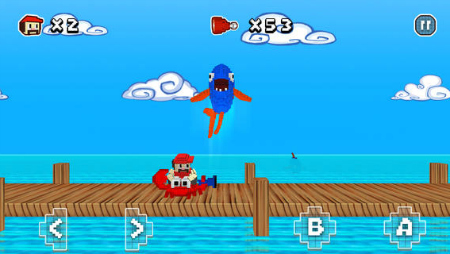 Otiashvili states that his company is considering prolonging the life of Pixel Hunter via content updates, but their frequency will depend on both user engagement and the overall popularity of the game.

In other words, Otiashvili and the rest of the Lemondo Entertainment team will release news regarding future updates and new game launches "soon".

Otiashvili has, however, revealed that Pixel Hunter will be released on both Android and OS X sometime in the future. So, yes, you will be able to get your sweaty mitts on it even if you don't own an iPhone, iPad, or an iPod touch. 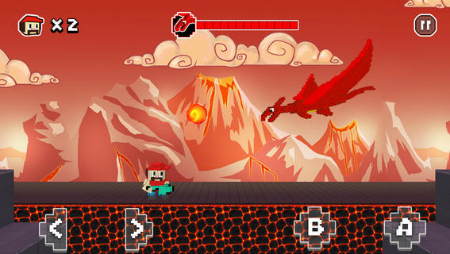 If you have some pocket money left over after downloading it, you can splash it on the game's array of in-app purchases.

These include extra lives and chunks of meat - the latter of which you can also earn in-game by defeating enemies.

Head on over to the App Store right now and grab Pixel Hunter [buy].

You can nab Mimpi, Strike Wing, and a host of other Crescent Moon Games titles on the cheap for iOS right now