The best iPhone and iPad games this week - Mines of Mars, Wave Wave, and more...

It has been a mixed bag for new iOS games this week. We've had surreal hide-and-seek horrors, boxy strategy games, and doggy adventures on the Moon to name just three.

But to pick three that you should download before all the others was quite a challenge.

Games like Eets Munchies, Block Legend, and Faif, for instance, just missed out on a full recommendation.

Reckon we've got it wrong? Sound off in the comments section below.

If you've heard good things about PG Platinum Award winner SteamWorld Dig but don't have a Nintendo 3DS (or, soon, PS Vita) on which to play it, Mines of Mars might just be the next-best thing.

A sort-of Metroid / Minecraft hybrid, Mines of Mars is about digging deep into the Red Planet's belly to extract rare stones and handy elements. You'll then jetpack back to the surface and turn those materials into better tools and weapons.

This is an atmospheric and engrossing game, which calls you to dig down just a few more blocks to see what you can uncover or to see how the story unfolds. 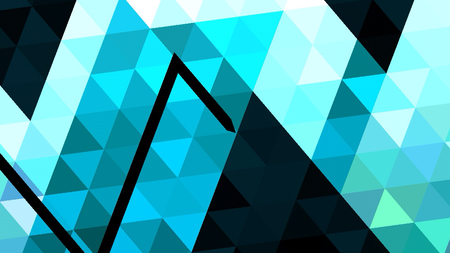 No points for guessing from where Wave Wave takes its inspiration. This manic dodge-'em-up is aping Super Hexagon through and through, right down to the difficulty modes ("Waves, Wavier, Waviest") and the Jenn Frank sound-alike.

It's also backed by frenzied electronica, is impossibly hard, and induces the sort of cold sweats associated with accidental pregnancies.

But the actual gameplay here is completely new. You tap and let go to make a speeding line dart up and down as you try to weave through a zig-zag zip-like pattern of insta-death obstacles. Which is hard even before the camera starts going bonkers.

If you love swearware time sinks like Pivvot, Expander, and Duet, you'll definitely get a kick out of Wave Wave. And it might just be the hardest one of this type of game yet. 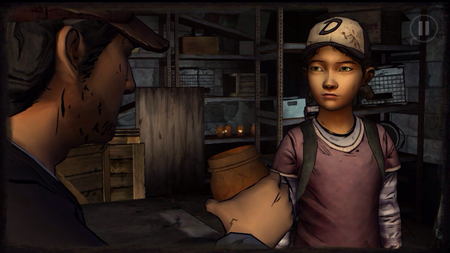 The second season of The Walking Dead got off to a bumpy start in All That Remains, as Telltale struggled to turn Clementine from a helpless charge into a main character.

With A House Divided, Telltale has pointed the good ship zombie in a promising direction by asking the player to decide whether Clem is forced to grow up or see if she can cling onto childhood for a little while longer.