In this behind-the-scenes look at the development of the game, Rex Crowle, the game's lead creator at Media Molecule, reveals that the pop-up adventure started life as something completely different: a dungeon-crawler.

"It went from a dungeon-crawler, to open-world-RPG, to an adventure game," Crowle says. "Each time we honed in more [on] what was interesting and what we wanted rid of."

The arts and crafts aesthetic came about as Crowle and his crew wanted to let players invade the world through the Vita's rear touchpad. 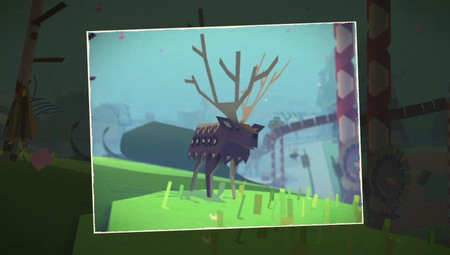 "I wanted to use the rear touchpad to make the player's fingers push up into a game world, as it wasn't possible on any other hardware.

"That was a fun gimmick looking for a world to give it purpose. It wasn't until we hit upon the idea of making it a paper world it started to come together."

The dev stuck with the dungeon-crawler's bird's-eye isometric view for the game for some time, but "as we developed the world further, Men Lu, an artist on the team, made a good point that it didn't feel like an adventure if you couldn't see the horizon."

"We took the decision to switch to a full 3D environment - a step outside our comfort zone, but one I'm really glad we took."

You can read the entire making-of article here. If you're short on time, here are some key quotes from the piece...

On going back to basics - "Designing characters in 3DS Max meant they didn't look papery - they weren't created in the same methods. Instead of cutting and folding pieces of paper, we'd be selecting vectors and extruding.

"By returning to the cutting-mat, Tearaway's engine creator, Mark Zarb-Adami, and technical artist Stefan Kamoda, [could] look at how we constructed things; where the limitations were, the ways we had to strengthen shapes with reinforcement, and how we added tabs to glue it together". 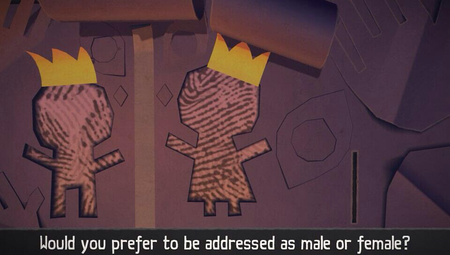 On diversity - Rather than picking their sex, Tearaway players get to choose the gender by which they'd like to be addressed.

"That comes down to us being a diverse group," Crowle says. "Richard, one of the main artists on the project, is a drag-queen and sometimes arrives as his statuesque alter-ego, Kitty Powers. Siobhan - Media Molecule's Studio Director - is fantastic at calling out stereotypes that creep in during frantic development, or in promotion."

On sources of inspiration - "There's elements of Labyrinth, Where the Wild Things Are, and Time Bandits. There's the strange folklore and rituals I grew up with, the personalities of the Tearaway team - animator Lluis is exactly like a Wendigo when his computer crashes. There's some Stanley Kubrick in there, too."