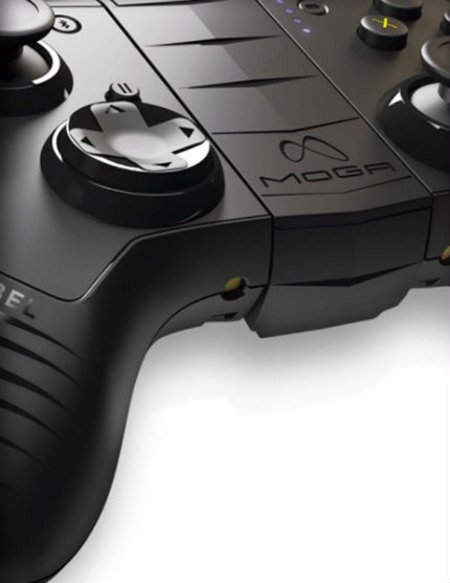 I think the nicest thing I can say about the design of the first batch of MFi controllers is this: when you're using them, your hands cover them up, so you don't have to look at them.

You can see that teaser image above. Perhaps the most interesting thing about this controller is that it has a Bluetooth button, which should mean it'll be compatible with all iOS 7 devices.

It looks a bit like a third-party Xbox 360 pad, and has some lines on it. Judging by the three letters visible on one of the arms of the controller, it's going to be called 'The Rebel'. Or 'The Babybel'. One of the two.

When we hear anything more solid about this new MOGA controller, we'll let you know.

MOGA REBEL controller is compatible with iPhone 6, available in the US on September 17th