And it won't be free-to-play. Hurray!

As if the Persona newsplosion wasn't enough, Atlus has announced that the original Shin Megami Tensei will come to the App Store in March 2014.

Like most of the games that follow, Shin Megami Tensei puts players in a dystopian version of Tokyo where they must battle, control, and fuse demons. Along the way, they'll also have to choose whether to walk the path of Law or Chaos - with their decision determining the type of world they'll ultimately live in.

Of course, the choices the player makes in-game will determine more than just the ending. Which alignment the player chooses affects what demons they can recruit and what facilities then can access as well. 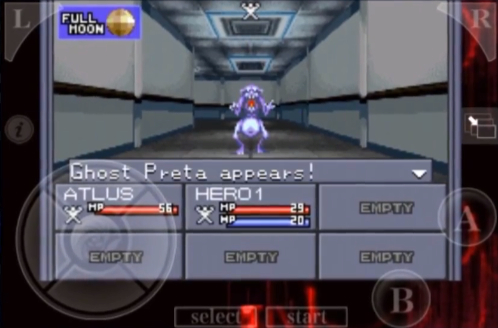 Happily for the retro crowd, the iOS port of Shin Megami Tensei is faithful in every sense of the word to the original 1992 Super Famicon (Super Nintendo) release.

This means the graphics are gloriously 16-bit, dungeon crawling is in a first-person grid, and western players will get a chance to see the original artwork and inspiration for many of the demons that have appeared in later installments in the franchise.

If you're a fan of Angry Birds Go!, click here for the site that's just for you