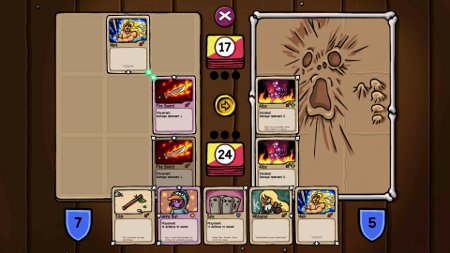 We handed Card City Nights a Gold Award when we reviewed it on Android earlier in the week. So it's safe to say that we like it. A lot.

And now it's out for iOS, so everyone with a penchant for Apple gaming can have a bash.

At review, we called the game "fun, funny, and fundamentally unputdownable". We then added that "Card City Nights is a fantastic mix of casual strategy and collectible card coolness".

If that sounds like the sort of thing you want to ram on your iPad or iPhone, head on over to the App Store now and grab the game for 69p / 99c [buy].